When I first began running, I did just that: started running. I created a schedule for myself where I ran around my neighborhood most days, with a few rest days thrown in between. When I finished my runs, I would come home and reward myself by basking in the post-run endorphin high. I’d treat myself to a snack and some water, and relax on the couch for a little while. Little did I know that one of the key parts of every successful training plan involved something I had yet to discover – strength moves.

My running and resting routine continued for the first year or so as my endurance improved and my body acclimated to the routine. After a while, I noticed myself begin to plateau, no longer getting any faster and no longer adding any distance to my runs. This plateau was the first indicator that I needed to change something in my routine in order to continue improving.

As I continued on with my regular runs, I decided to challenge myself to a new goal: a half marathon. With a training plan in place I found some new motivation and excitement as I began to pursue my goal. I completed my half marathon, but not without a few road blocks along the way. As my distance started to increase I noticed that something else was increasing as well: injuries. 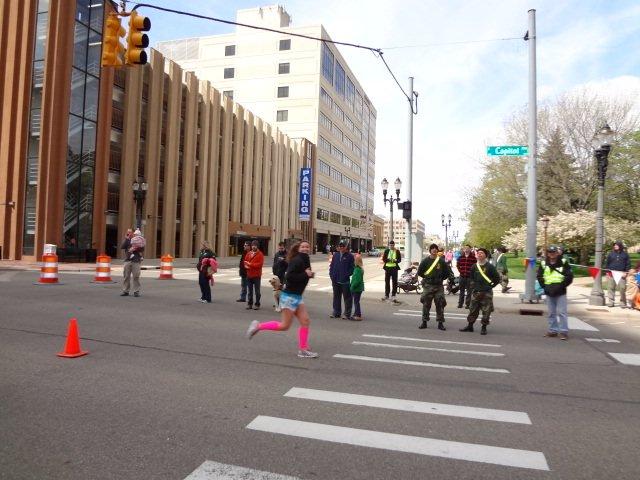 I found myself at the doctor’s office a couple times, taking some unplanned rest days that turned into weeks, culminating in physical therapy for a few months. After the completion of my physical therapy, I had rekindled my motivation and was excited to challenge myself to a new goal: completing a marathon. My excitement had reached new levels and I was ready to put in the work to accomplish this goal.

Since my previous half marathon had come with it’s fair share of injuries, I decided to add a weekly strength training session to my training schedule for the marathon, incorporating all the strength moves I learned in physical therapy. 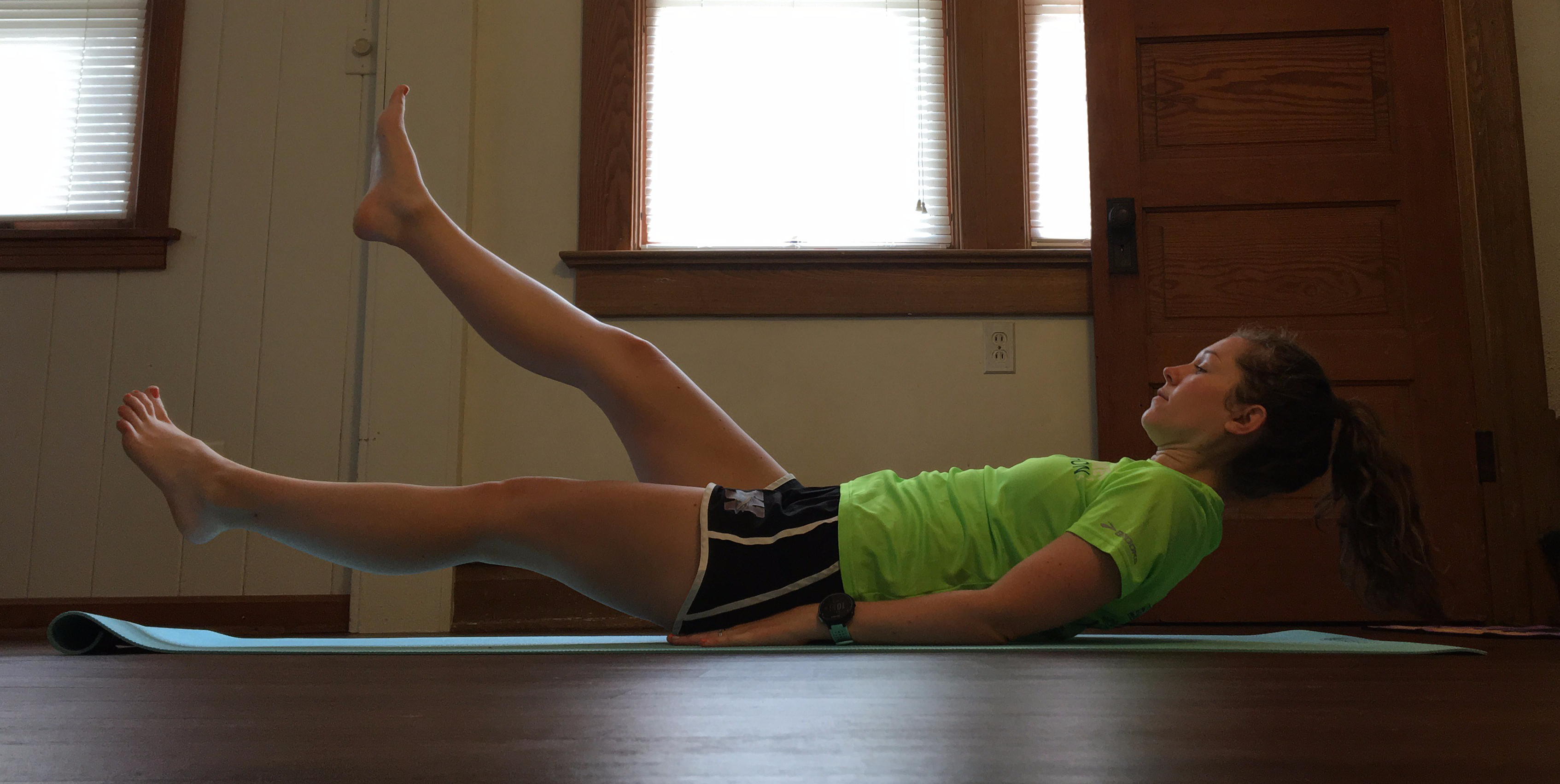 My training went along as planned, with no injuries, and I was able to complete the marathon. Just after the marathon I found myself unable to walk, and was discouraged when I discovered that many of my earlier injuries and hot spots were returning. I fought it as long as I could, but found myself in physical therapy again for many months after this run.

Fast forward three more marathons, and now I am training for my fifth. I have learned the hard way the importance of strength training, and through trial and error think I have finally found the right strength moves to balance my running. After completing three other marathons, I am happy to say that I have not returned to physical therapy (knock on wood;), and that can be attributed to one simple addition to my training plan: daily strength moves.

While adding a day dedicated to strength training really helped me physically, it was just not enough to keep my body safe from injuries throughout the training process. I discovered this the hard way, and was determined to find a fix for it when I began training for my second marathon. I added some classic strength moves to my post-run routine, completing these moves after each run throughout the week, and found success with my strategy. 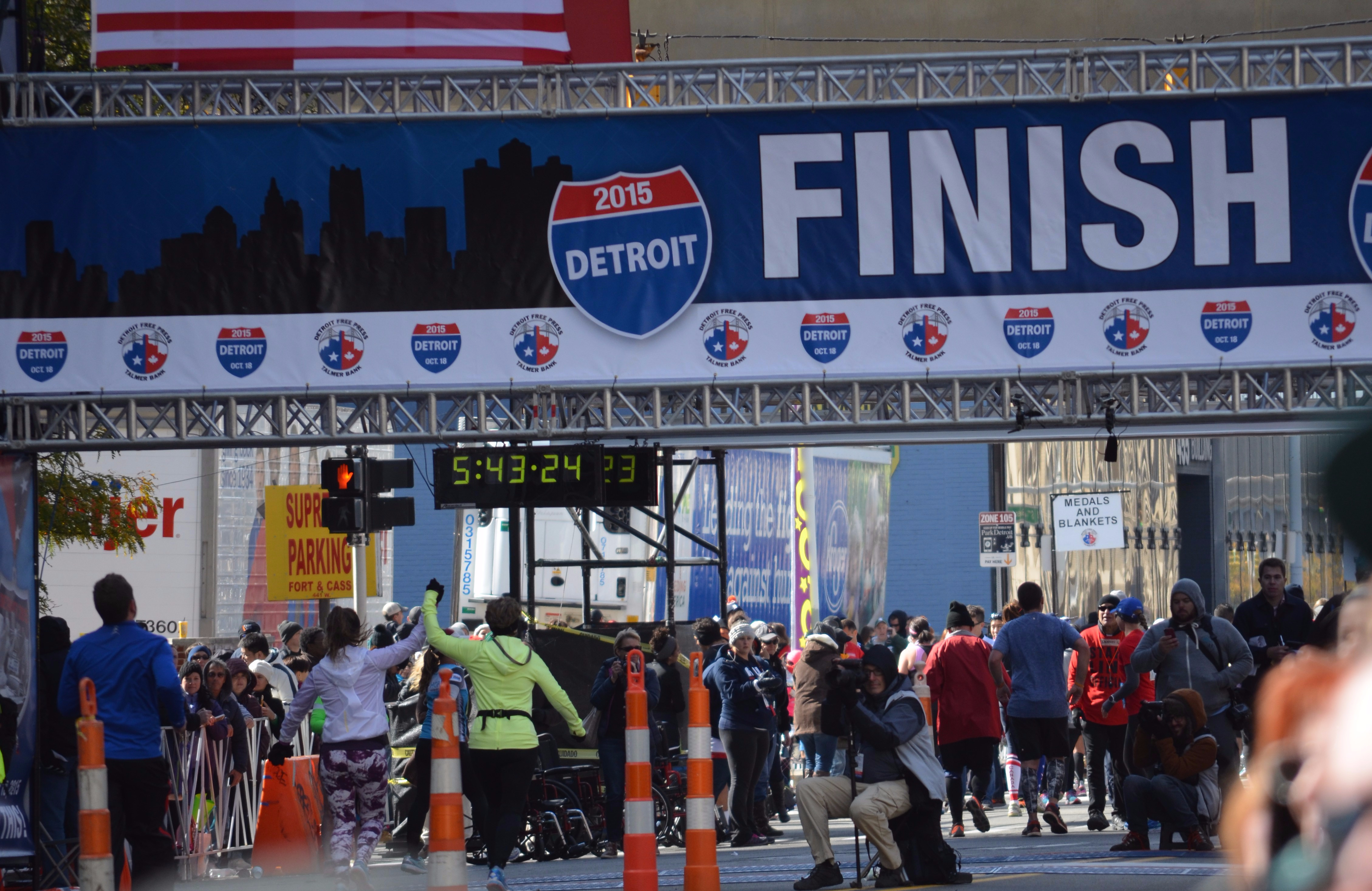 In training for the next two marathons I was able to adjust these moves slightly and find the perfect balance of repetitions and variety to keep my body free from injuries during training as well as AFTER the marathon. Finding this balance was tricky, and definitely more of a drawn out process than I expected it to be, but it was 100% worth it in the long run. The best part is that I was able to find some moves that are easy and effective enough to complete after my runs, without adding more than 10 minutes of time to my routine.

For today’s Workout Wednesday, I wanted to share these strength moves with you in hopes that they will help you in your running and training as much as they did for me! 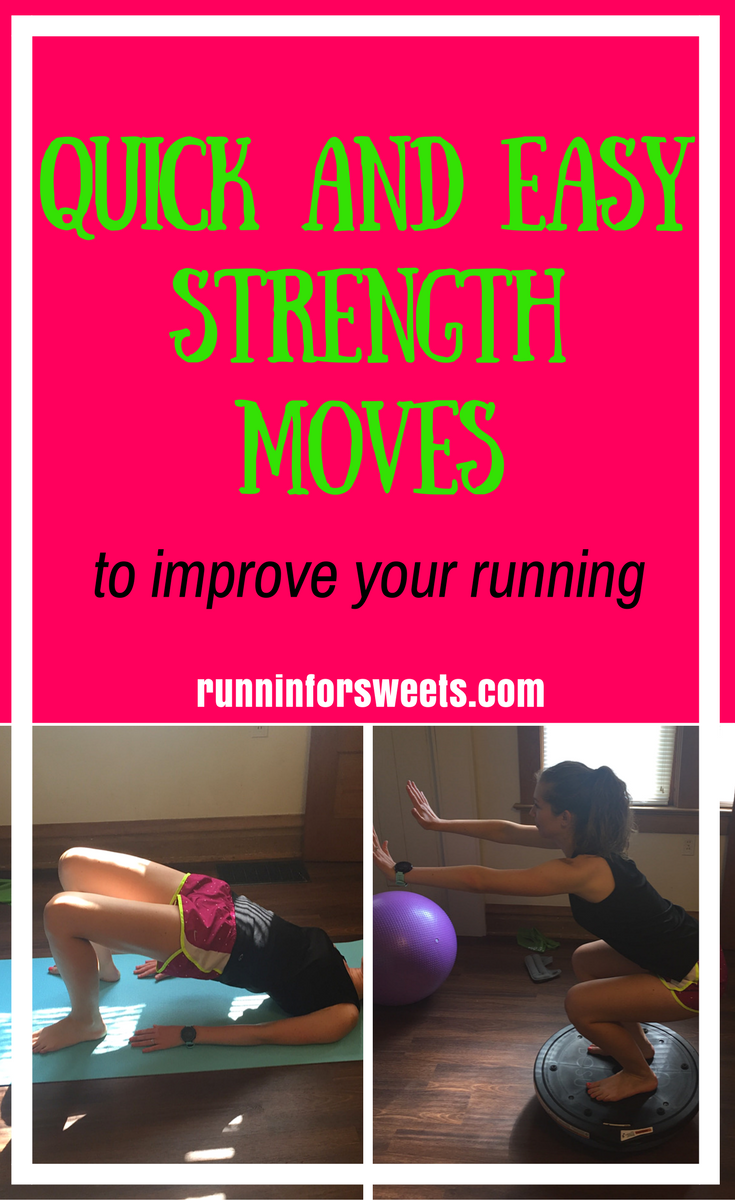 *If these repeitions are more than you can complete right now, start with whatever number you can compete with ease now, and gradually work your way up by adding 5 more reps each week. For example maybe week 1 would look like this:

I would complete these moves after every run for a week, and then the next week increase by 5:

And would continue this until I reached my goal number. I have found that completing any more than the number of repetitions listed above was too much for my body and caused me to be tired and use lazy form, thus decreasing their effectiveness. However, everybody is different – if you want to add more than I have suggested feel free!

Those strength moves had made a huge difference in my running, and kept me out of the doctor’s office for the past four marathons. It truly is the little things we do each day that can make the most difference in the long run (literally;). Happy running!

[…] completing simple strength exercises is often an easy fix for muscle imbalances. Once you have discovered your muscular weaknesses, […]