Well that weekend sure went by quickly! It was a great weekend but the best ones always seem to fly by the fastest. Hopefully your Monday is off to a great start!

Yesterday, I ran the Gazelle Girl Half Marathon in Grand Rapids, MI. I ran this race three years ago, back when it was only the second year it was around. I can’t believe how much the race has grown in just three years! There was a 5k, 10k, and half this year and there were just over 4,000 runners. In 2014 there was just a half and 5k with less than 1,000 runners. That is incredible growth! 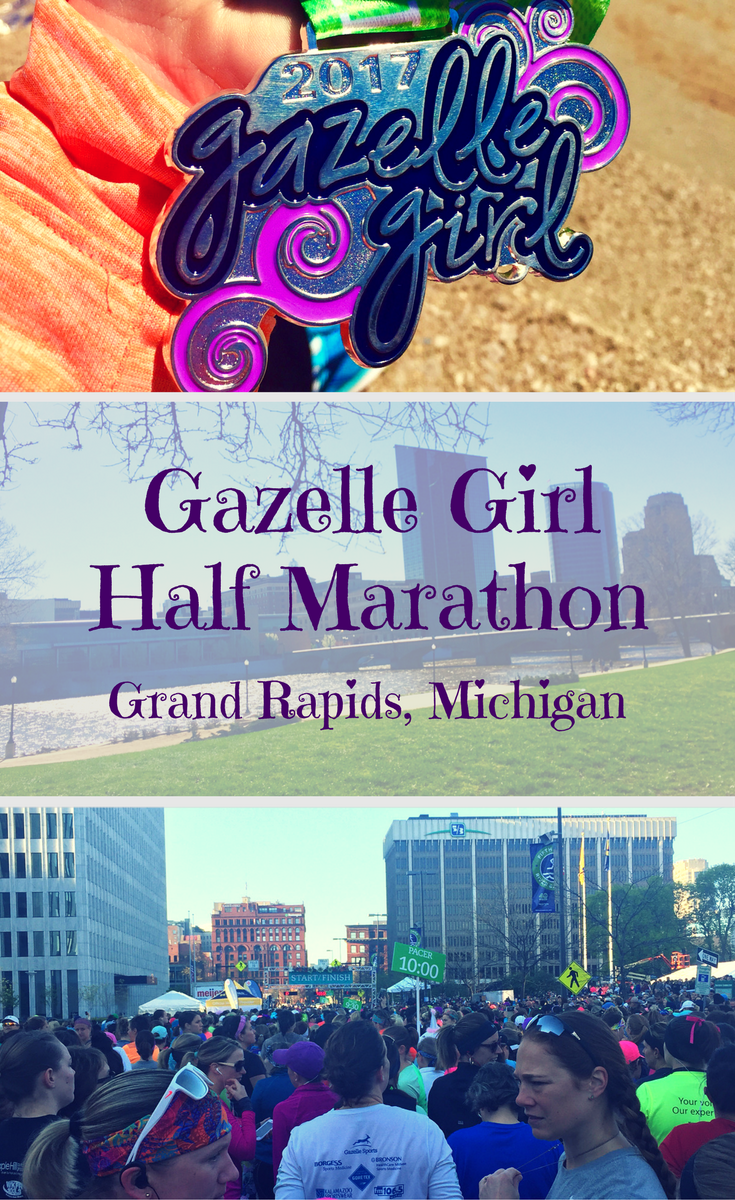 I originally planned on running this race to PR in the half and break the 2:00 mark, but I quickly realized about 5 weeks ago that I was not in shape to meet this goal. I ended up getting sick and missing about two weeks of any running or exercise, and have slowly been adding runs back since then. I don’t think I ran more than 6 miles at any point since mid March!

I decided to run this race with my mom just for fun. We debated back and forth whether it would be a good idea to even run it, but ended up feeling confident that we could finish and ready to run for the experience.

This race was a female only event! The atmosphere was so inspiring. There were so many male spectators along the course, and even a couple groups of men from Gazelle Sports who dressed up like girls and provided music and high fives (and entertainment) throughout some tough spots.

The race ran along the river and on trails for the most part. There were really only a couple times that we ended up on roads and it was always well marked and we had plenty of space! I thought the course was absolutely beautiful and loved running through so much of Grand Rapids on foot. I think the race was the perfect size! There were always people around so I never felt like I was alone (or worried that I was the last person), but not too many that we were crowded. 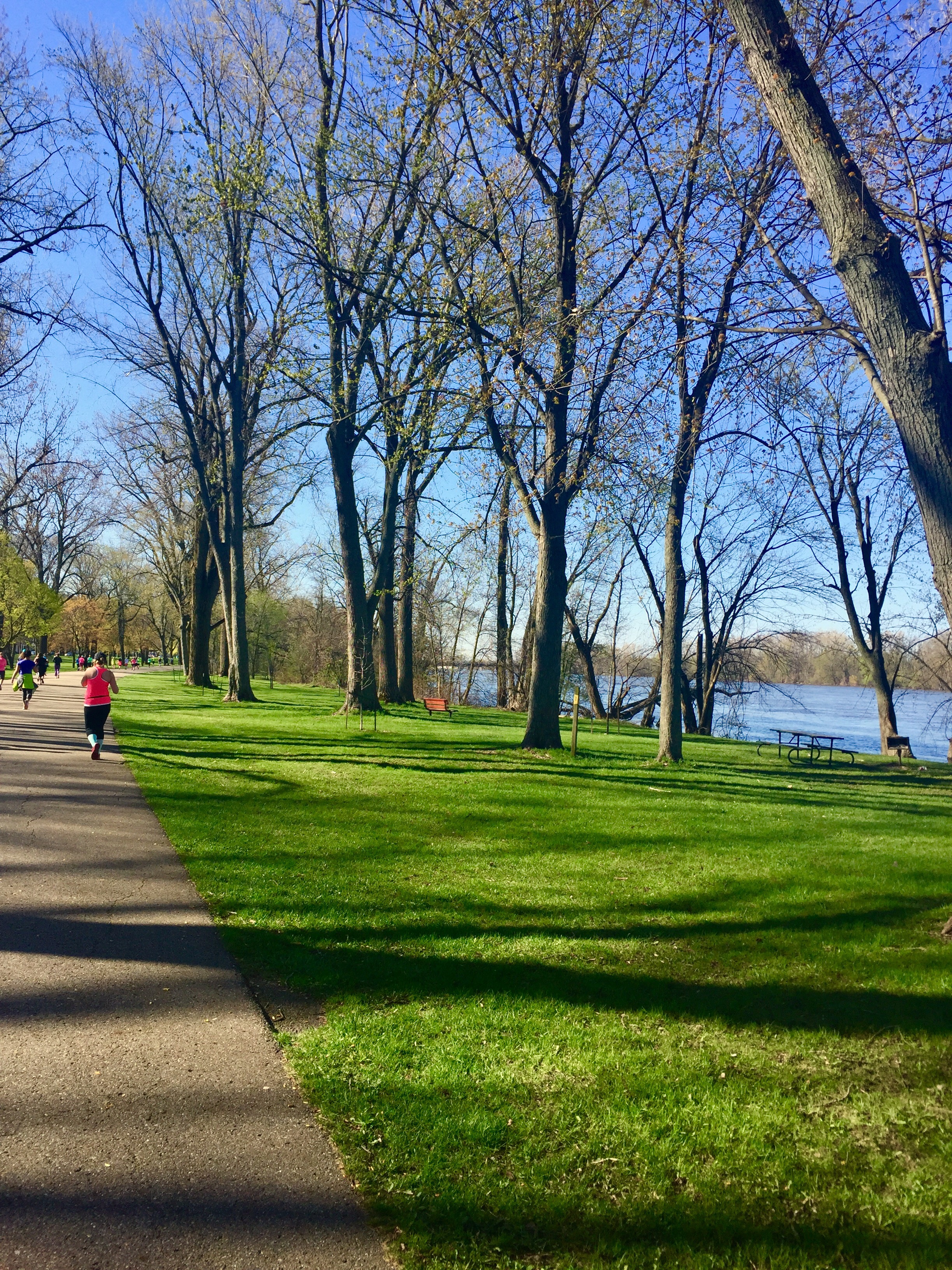 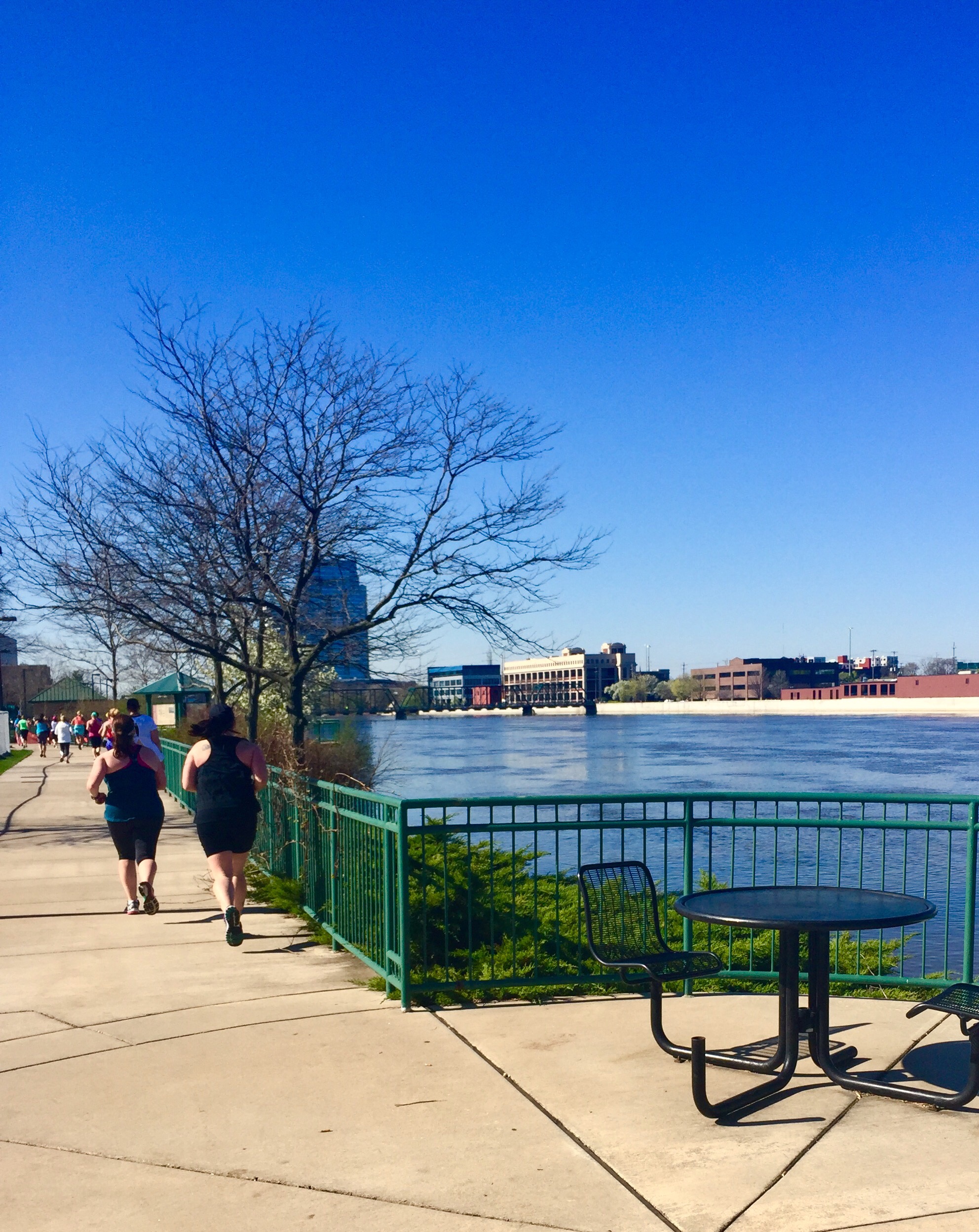 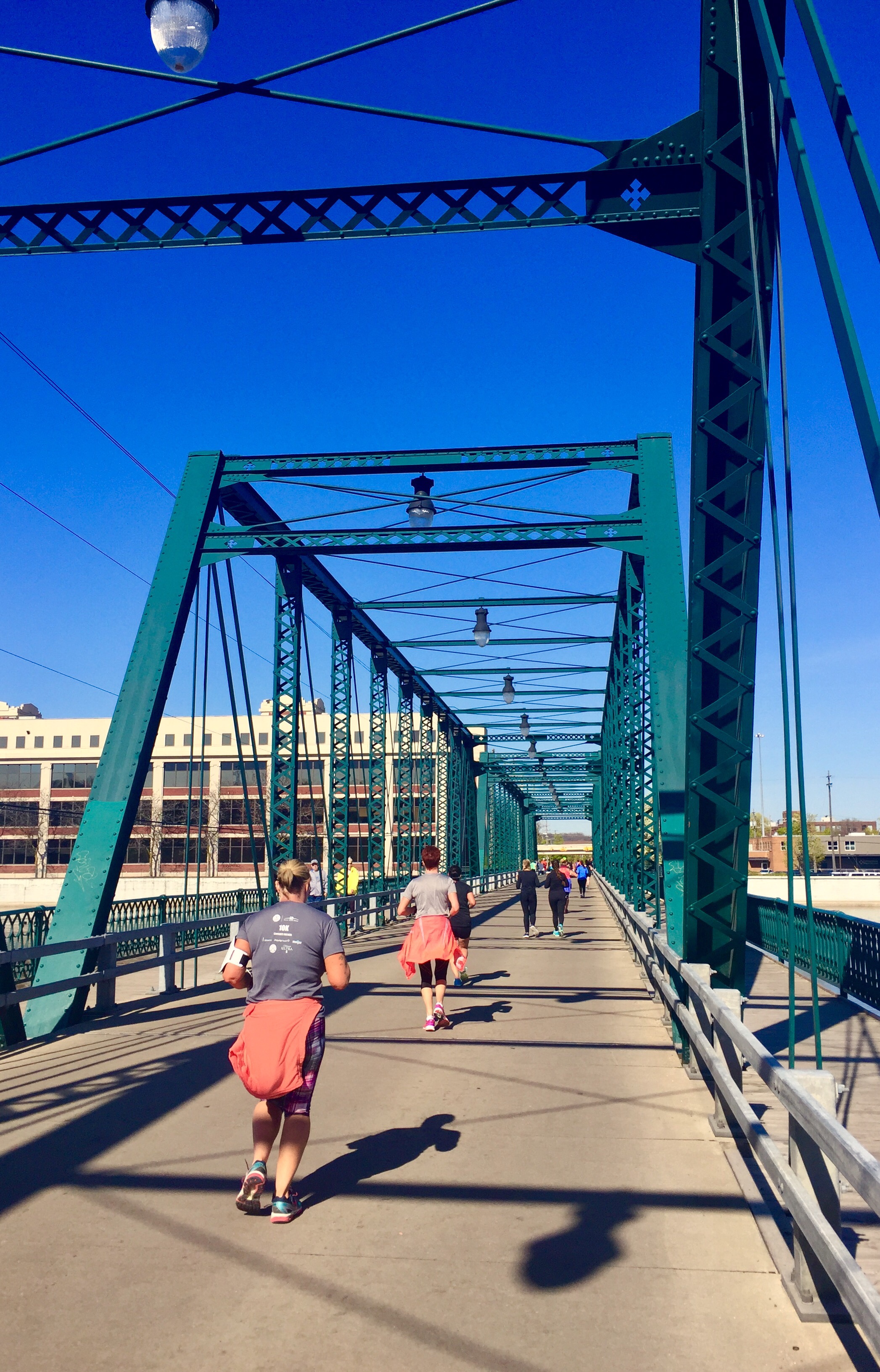 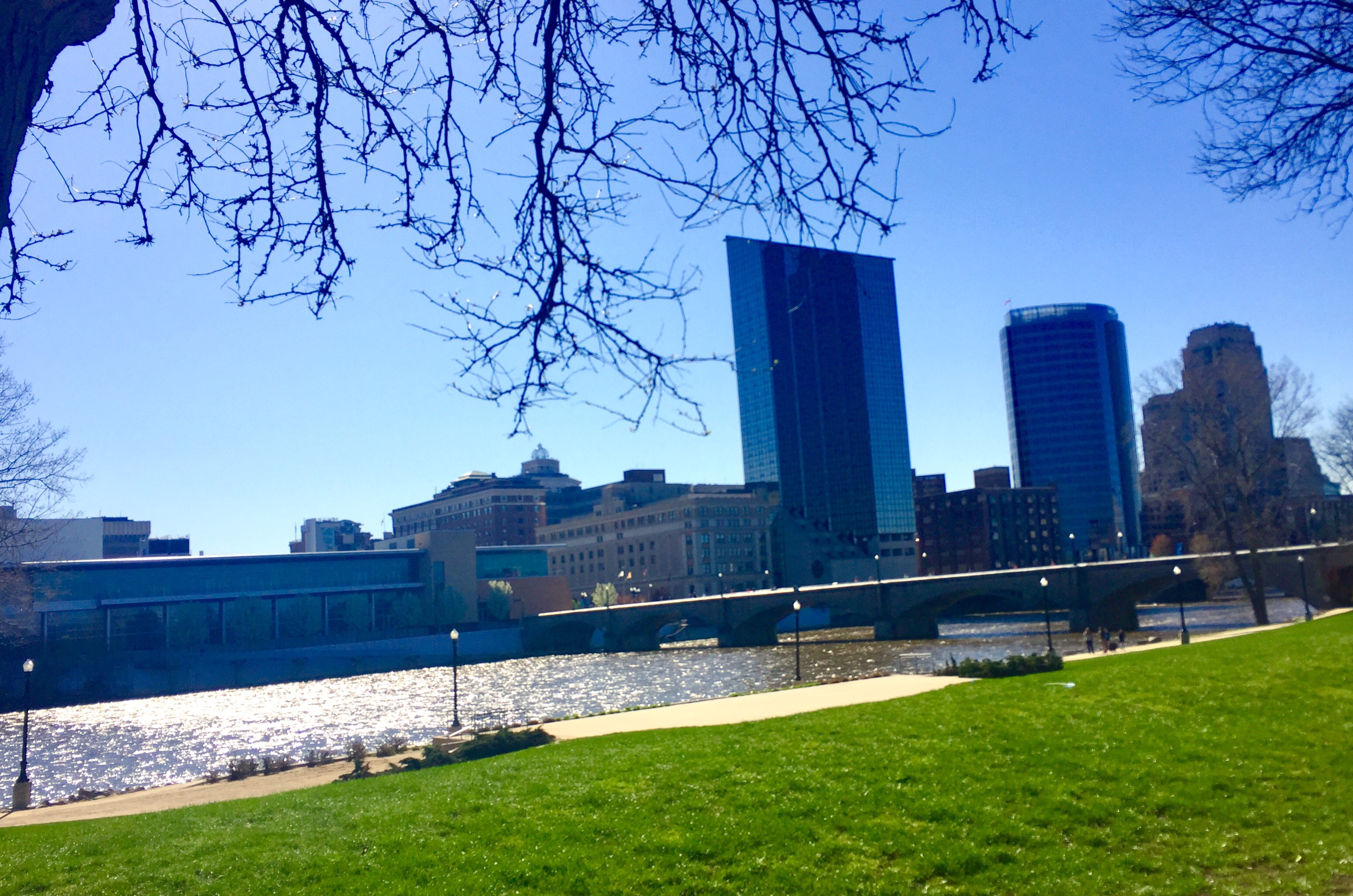 We were awarded with medals at the end (they had medals for all 10k and 5k finishers too), as well as full bagels, bananas, water, protein bars, and chocolate milk. The parking was so easy! We parked in a parking garage and literally walked up the stairs to the start. The weather was perfect – it was a little chilly at the start (40 degrees), but there wasn’t a cloud in the sky so by the time we got running the sunshine warmed us up immensely. 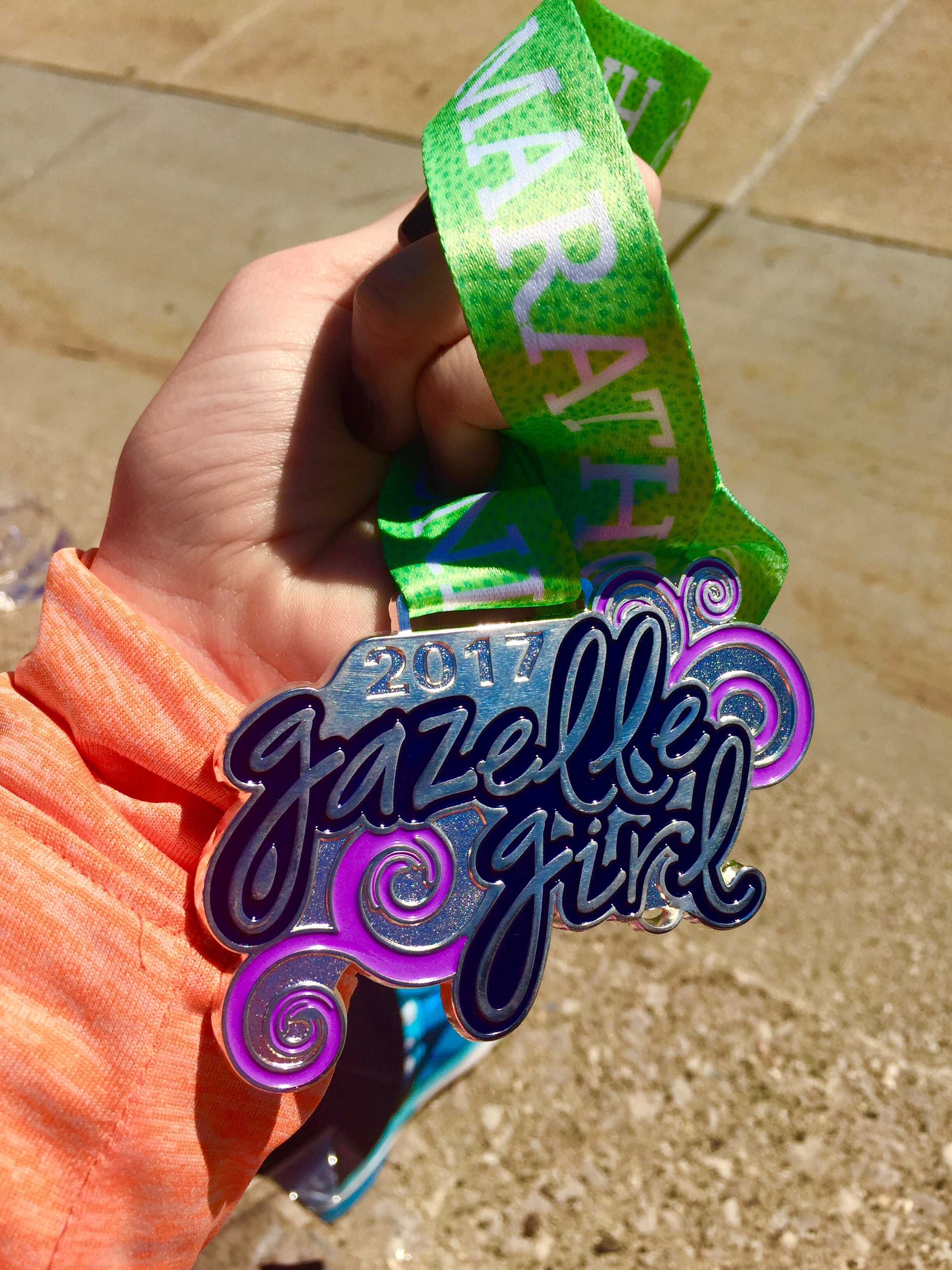 All in all, this was definitely one of my favorite half marathons. With an 8:00 am start that was close to my home, I was able to sleep in more than usual for a race and get home before 11:00 am! I’m definitely feeling the lack of training today in my knees, but it was absolutely worth it. 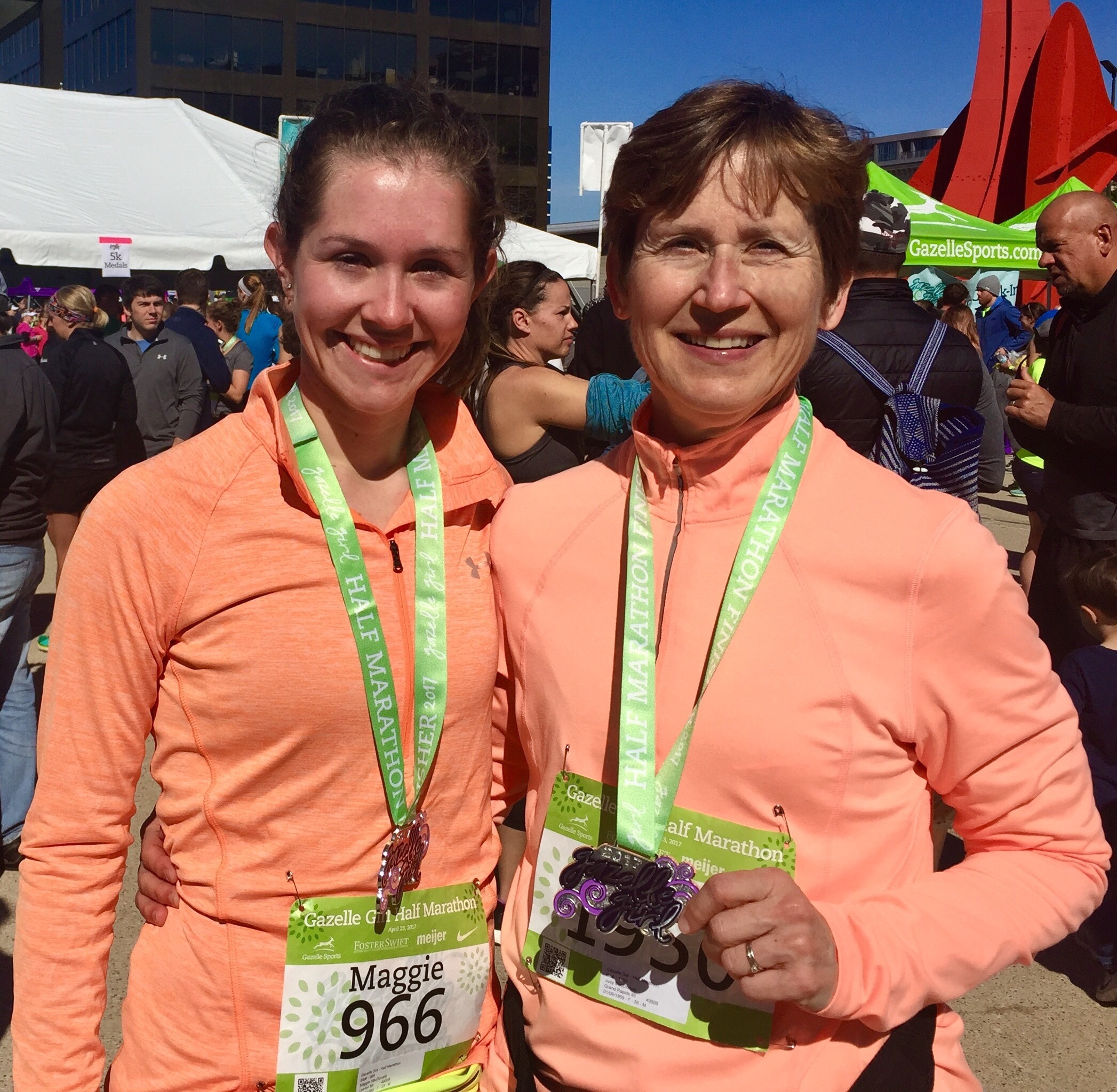 I would recommend this race to anyone in the area! I hope you have a great start to your week today ?

[…] the Gazelle Girl Half with my mom on such a beautiful spring day in my favorite city. This race made up for the […]

[…] ran the Gazelle Girl Half Marathon with my mom, instead of racing for a […]