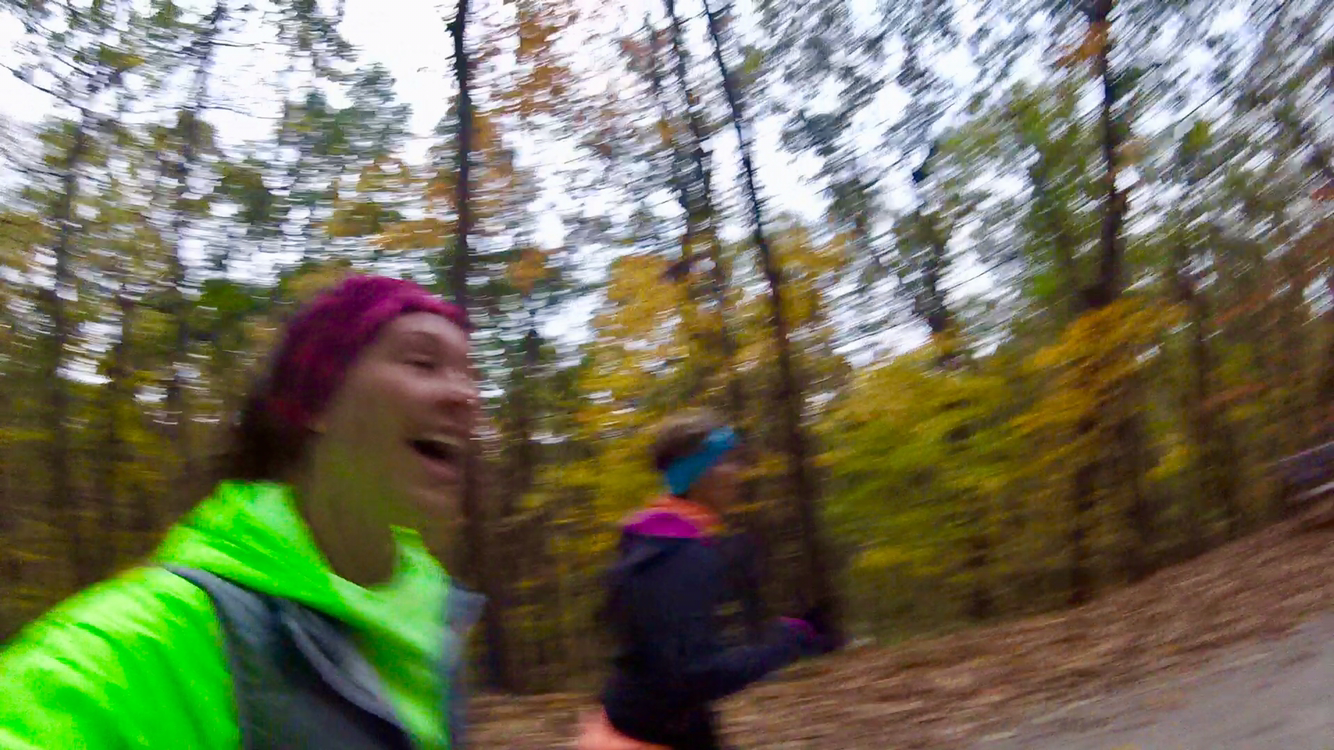 Today marks exactly one week until the New York City Marathon! We are officially just 7 days away and my excitement has sky rocketed this past week. Week 19 of training was week two of taper in preparation for the marathon, but I got a few more miles in than the week before.

The weather this week was pretty dreary, so I was definitely glad to not have to spend as much time outside in the rain as I would have had it been a regular training week. I spent my extra time this week researching the race and planning out our trip to New York City. We leave on Thursday evening and I could not be more excited!

Here is how week 19 of training played out for me.

Monday: Yoga. I originally had planned to run today but I woke up to a downpour and although I could have run in it, I was feeling pretty lazy and decided to switch up my Monday and Tuesday workouts. I completed my usual yoga from Runner’s World and felt like I got a lot out of it. My upper back and neck had been really sore this weekend so this was a great way to stretch them out! My legs were surprisingly tight even after running significantly less miles the previous week. I guess that means the yoga was needed!

Tuesday: 4 miles. It felt great to get outside after being stuck indoors while it rained the past few days! It had been pouring since Sunday morning but I lucked out and found a break in the downpours to squeeze my run in. This run was a slow, relaxed one, but felt pretty good. I spent the whole time dreaming of the NYC Marathon and getting myself even more excited.

Wednesday: 6 miles. It finally stopped raining and I was able to go outside while staying dry! The sky was really overcast and the temperature had dropped significantly – it was in the upper 30s when I left to run. I loved the cooler weather and the leaves were really vibrant against the dark sky! Overall this was a much better run than I was expecting.

Thursday: Strength workout. As predictable as always, I completed my usual strength workout. I used 5 pound dumbbells instead of my usual 8 pound ones and boy did that make a difference! The arm circuit I completed at the end felt so much easier than normal. Other than that, everything went like usual. The jump squats felt much harder than normal this week though – it’s weird how even when you do the exact same moves they can feel much easier/harder from one week to the next.

Friday: 4 miles. It was much colder than I expected outside but I am loving feeling that crisp air (we’ll see if I still feel the same way in January;). This was one of those runs where I wanted to keep going and felt like I could go forever! I love those kind.

Saturday: 10 miles. It was cold throughout this run (in the 30s) and even snowed a little bit near the end! The wind picked up while we ran so it seemed to be even colder at the end. So far I’ve been really enjoying the chilly running weather and overall this was a great run! I felt strong and my legs felt fresh for the whole run… at least until the end when I realized that next weekend I’d still have 16 more miles to go ;). Great last long run!

This upcoming week will consist of just three runs – a 4, 3, and 3 miler, all completed by Thursday. I plan to take Friday and Saturday completely off in preparation for the race, which works out well because those are our travel days! I plan to spend my time this week mentally preparing myself for the distance, the city, the chaos and the excitement.

I love looking through my training log right before a race and I plan to do that sometime this week to remind myself of all the runs I have accomplished! Here’s to the final week of marathon training!