At some point in January, once the holidays have officially passed, the hours of darkness seem like they intensify. Even though the sun continues to set earlier and rise later throughout December, I never seem to mind it during the holiday season. Once the holidays are officially over and we are in the depths of January, though, it always feels like a different story.

I’ve always considered myself to be a morning person rather than a night person.

While I don’t necessarily bounce out of bed in the morning, it’s much easier for me to get up early than it is to stay up late. (No matter how hard I try each evening, I always manage to fall asleep on the couch). However, each year in January I find myself questioning this “morning person” classification.

Waking up before the sun this time of year somehow always manages to feel like a battle I am nearly unable to conquer.

When the hours of daylight are minimal, my motivation in the mornings is minimal as well.

Not just motivation for workouts or chores, but motivation just to get moving. The mornings in January always feel incredible depressing. The sun won’t be up for hours, and sometimes we won’t even be able to see it when it actually is up. 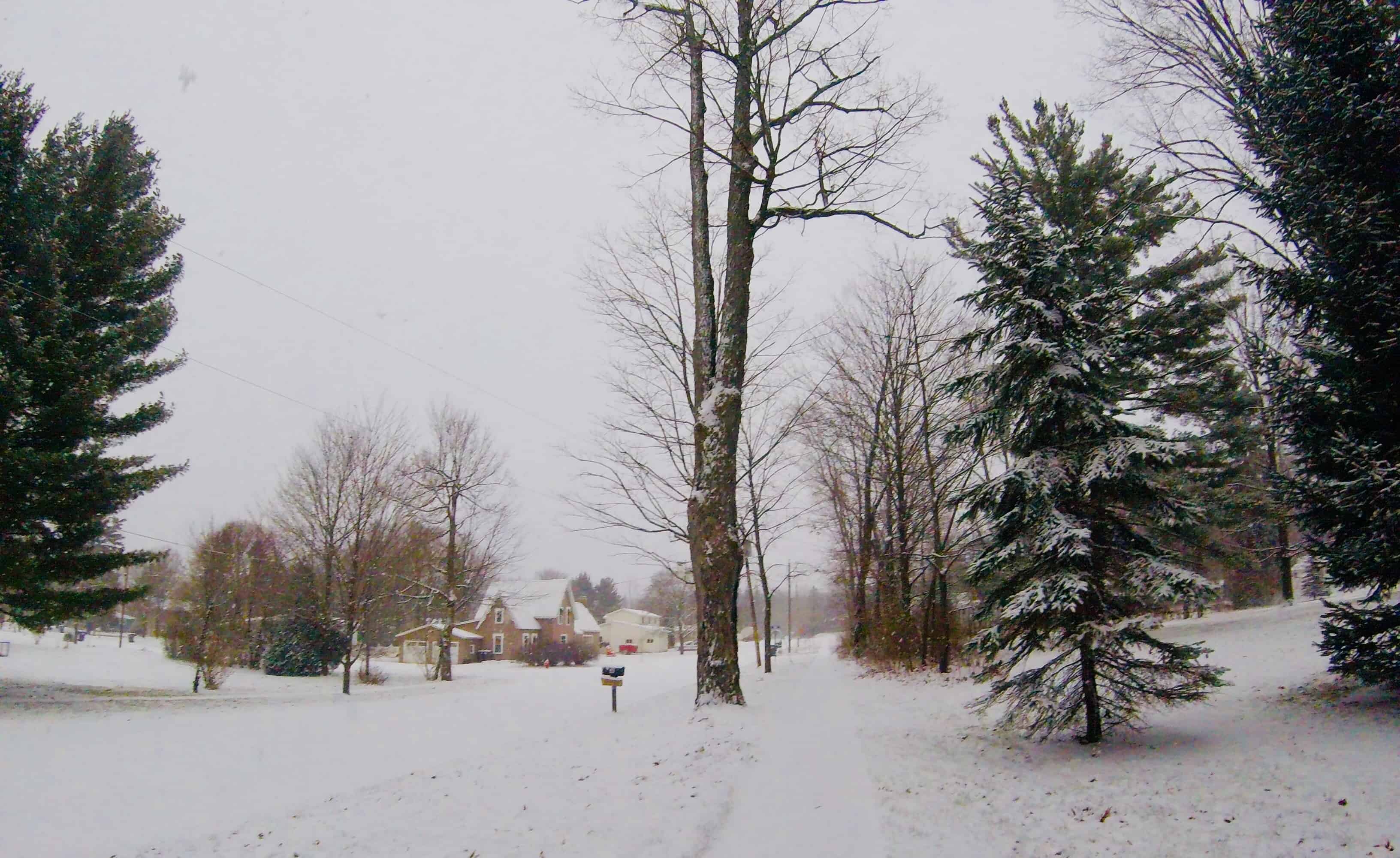 In the past, I’d drag my feet every morning, feeling sorry for myself as I made breakfast and hopped in the car before my neighbor’s lights were even on. This year, however, has been different. With no commute and no early morning hours like in the past, I’ve had quite a bit more flexibility. As the holidays ended and the new year began, I decided to take advantage of that flexibility and allow myself an extra hour of snoozing.

What started as something I would only do “for a couple of days” to “ease the transition back to work after the holidays” slowly made it’s way through a full week, and over to the next.

Before I knew it, I had reset my daily alarm and left it there for three weeks.

I spent the month of January getting an extra hour of sleep each morning. This extra hour allowed me to wake up at 7 am, rather than 6. I never felt like I needed to “sleep in” in the sense that most people think of it.

Sleeping in for me doesn’t mean spending my whole mornings in bed, or even waking up after the sun rises. Delaying my wake up time for an hour was my way of feeding into my woe-is-me feelings and letting them get the best of me.

What started as laziness turned into an experiment.

And I somehow managed to sleep in an extra hour each day throughout the month of January.

7 am has always been my cut off time of waking up early. For some reason I have always considered 7 am a decent time to wake up; not too early, so it’s manageable on weekends even after staying up later than usual. 7 am always seemed like it was such a luxury: if I could just sleep in until 7, then my mornings would be so much better.

So I decided to put it to the test. I slept in until at least 7 am every day during the month of January. 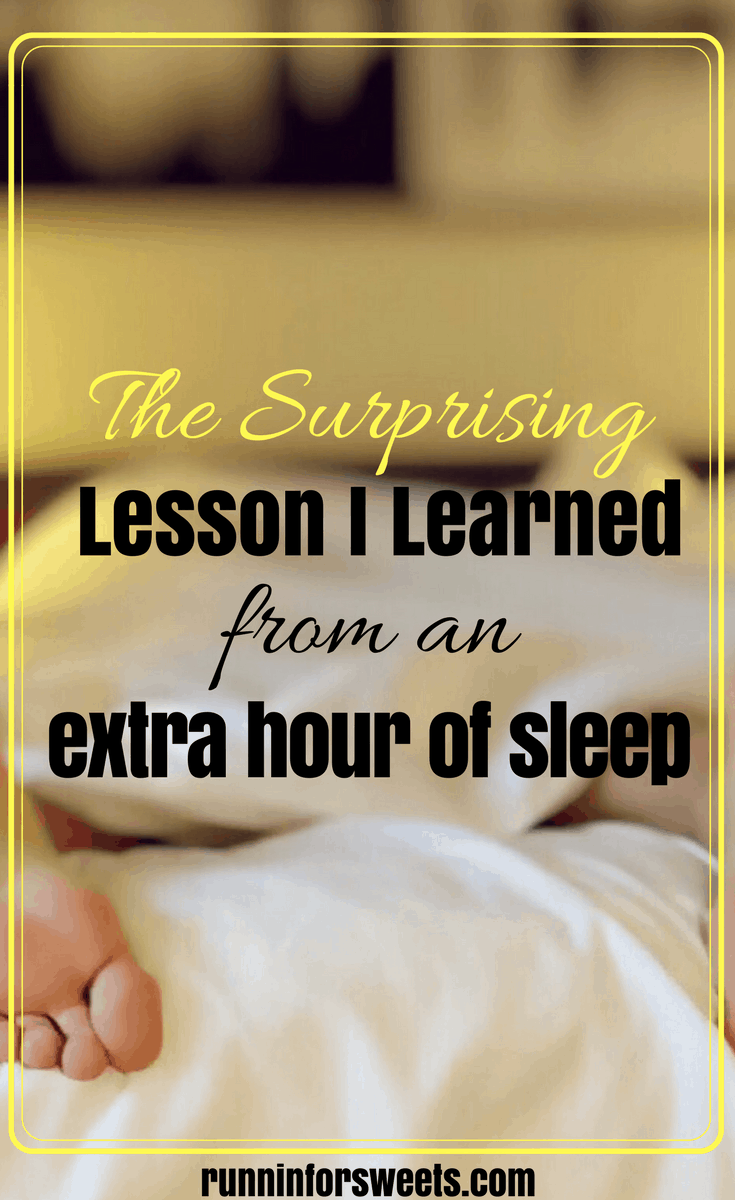 Well, it turns out that waking up at 7 am was just as much of a struggle as waking up at 6 am. Getting out of bed before the sun felt like a challenging feat at 6 am, and it still felt just the same an hour later.

When getting out of bed didn’t feel any easier, I was hoping that after a few days I would at least start to feel really refreshed each morning. Adding an extra hour of sleep each night can really add up, and I expected to feel like a whole new person. Rather than getting 7.5 hours of sleep, I was now going to get 8.5. Wahoo!

Except, that never happened.

That extra hour of sleep made no difference with how I felt. My body felt just as rested as it did when I slept for 7 and a half hours, and waking up was still just as challenging.

What I had hoped would be the key to making each day easier and more fun actually ended up adding stress to my days. With each morning starting later, I felt rushed to get going, and always guilty if I began working half an hour later than I used to. Starting to work later in the mornings meant that I had to work later in the evenings, and left me feeling guilty if I took a lunch break.

This past week I have gone back to waking up at my earlier time, and you know what?

I feel so much better!

Sure, the actually act of rolling out of bed in the morning is really tough, but after about a minute, that goes away. Once I’m up I immediately feel like I will be productive, and am so much more optimistic about my day. The optimism translates into a much happier mood, thus increasing my productivity and enjoyment during the day.

I hear so many people say that their dream life would involve them waking up with no alarm in the morning. They just hate getting up for work and dread the morning ahead. I always used to think this too, and it turns out – I was wrong. That two minute mental battle you face each morning is there at all times. But the great part is that it only lasts for two minutes.

Once you conquer the challenge and get out of bed, things always start to get better. Don’t succumb to the morning struggle. Conquer that little voice in your head that tells you you’ll feel better in 8 minutes after hitting snooze. You won’t. Get up now and start your day on the right foot.

This past month was a much needed experiment. It finally helped me realize that all those “if I could just…” thoughts I’d been telling myself throughout my life were myths. The grass isn’t always greener, and it took a few weeks of me spending some time on the “greener” side to realize that it wasn’t any better. Sometimes we already have the green grass and just don’t know it yet.

Creating a Habit: How I Motivated Myself to Workout at 4:30 am Every Day for a Month 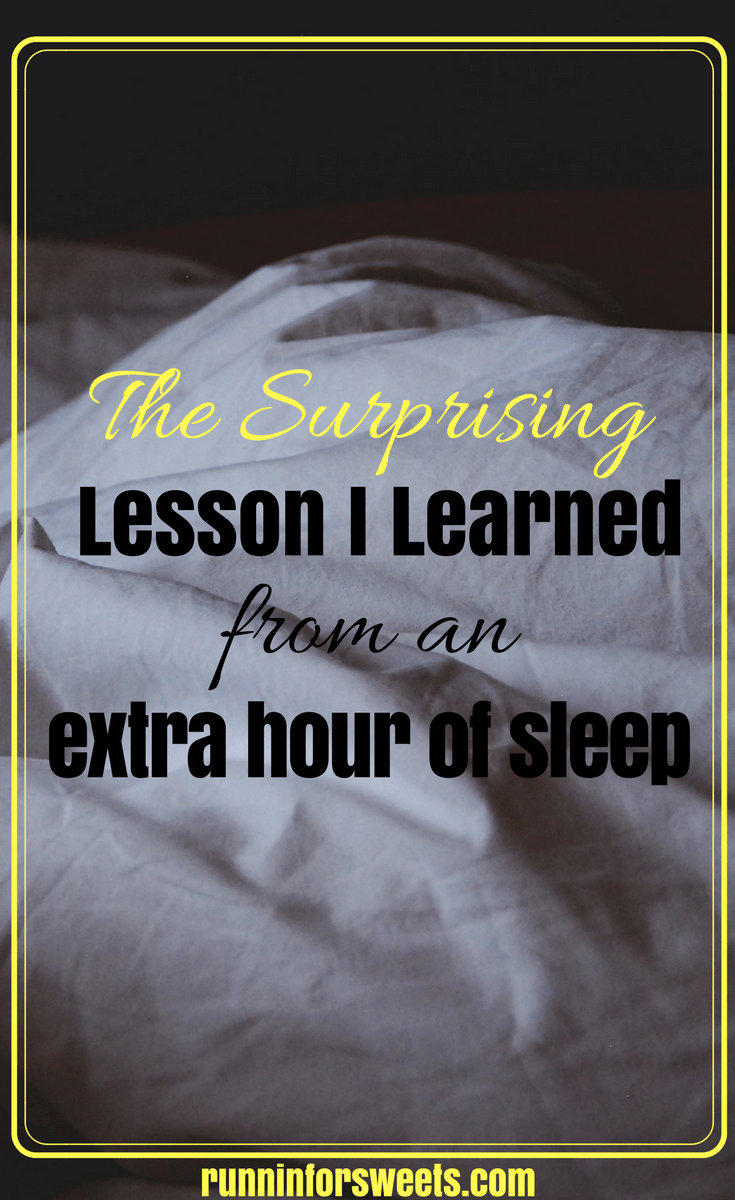 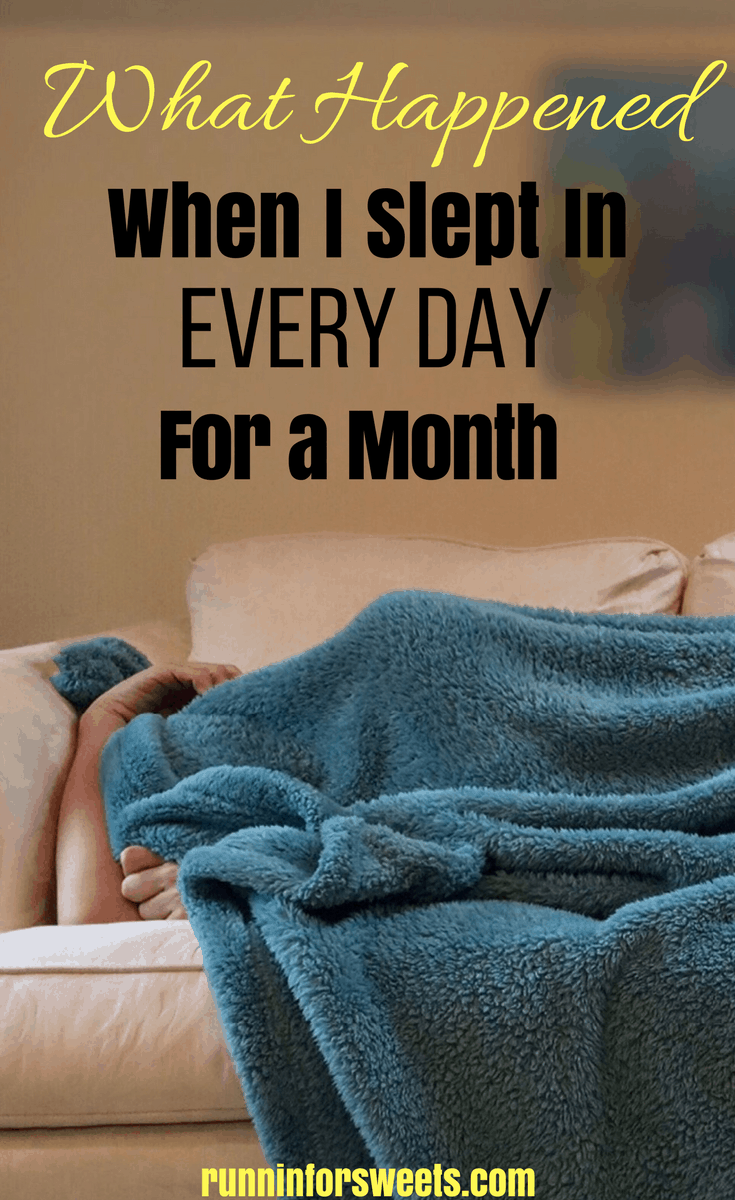 What Happened When I Worked Out Every Morning | Runnin' for Sweets

[…] really quite a simple goal, but in order to achieve it we need to first succeed at something else: waking up earlier. We had repeatedly failed at waking up earlier, leading us to believe we would never become people […]

A Revitalizing Spring Detox: 9 Ways to Cleanse | Runnin’ for Sweets

[…] of how much sleep you are currently getting, making a point of heading to bed 30 minutes earlier is a simple (and […]

[…] you’re feeling especially fatigued, make it a priority to take a quick cat nap. Those extra few minutes of shut eye may be exactly what your body needs to refresh and reset after plenty of miles. Taking this time […]

10 Motivating Reasons to Exercise and Work Out | Runnin’ for Sweets

[…] runner is quite complex. Our performance on the run is affected my so many things besides running: sleep, hydration, core strength, VO2 capacity, cadence, and most importantly – pre and post run […]