One of the most common goals set by those hoping to improve the quality of their lives is to wake up earlier and work out in the morning. So many people want their day to start off on a positive note, opening their eyes full of energy and motivation.

To create a morning exercise routine.

But instead, many of us find ourselves snoozing our alarm each morning in a desperate attempt to squeeze in a few more minutes of sleep. It’s usually tempting to avoid all responsibilities and just turn the alarm off altogether.

Even so, many of us can’t help but dream that one day we might not only wake up with ease, but wake up and workout in the morning.

Working out in the morning has many benefits.

Nothing sounds more appealing than starting the day off on a productive note.

Crossing something off your to do list right away, burning calories and feeling accomplished before breakfast.

All of which can be accomplished with morning exercise.

So why do many of us fail to find the motivation to continue with a morning exercise routine? Even those of us who manage to muster up the willpower to begin often give up after a few days or weeks.

We understand the benefits of working out in the morning, yet can’t seem to motivate ourselves to do it.

Or at least I couldn’t.

Completing my workout in the morning continued to be a far off dream.

Regardless of how many times I toyed with the idea, maintain a morning workout routine felt nearly impossible.

Related: How to Successfully Start a Morning Workout Routine

Until a few years ago, when I decided to finally put my excuses aside and complete my own experiment with working out in the morning.

I decided to complete an early morning workout every single day for 30 days. No excuses. If, after 30 days, I didn’t enjoy my morning exercise routine, I could quit without guilt.

Here’s what happened when I worked out every morning at 5 am. 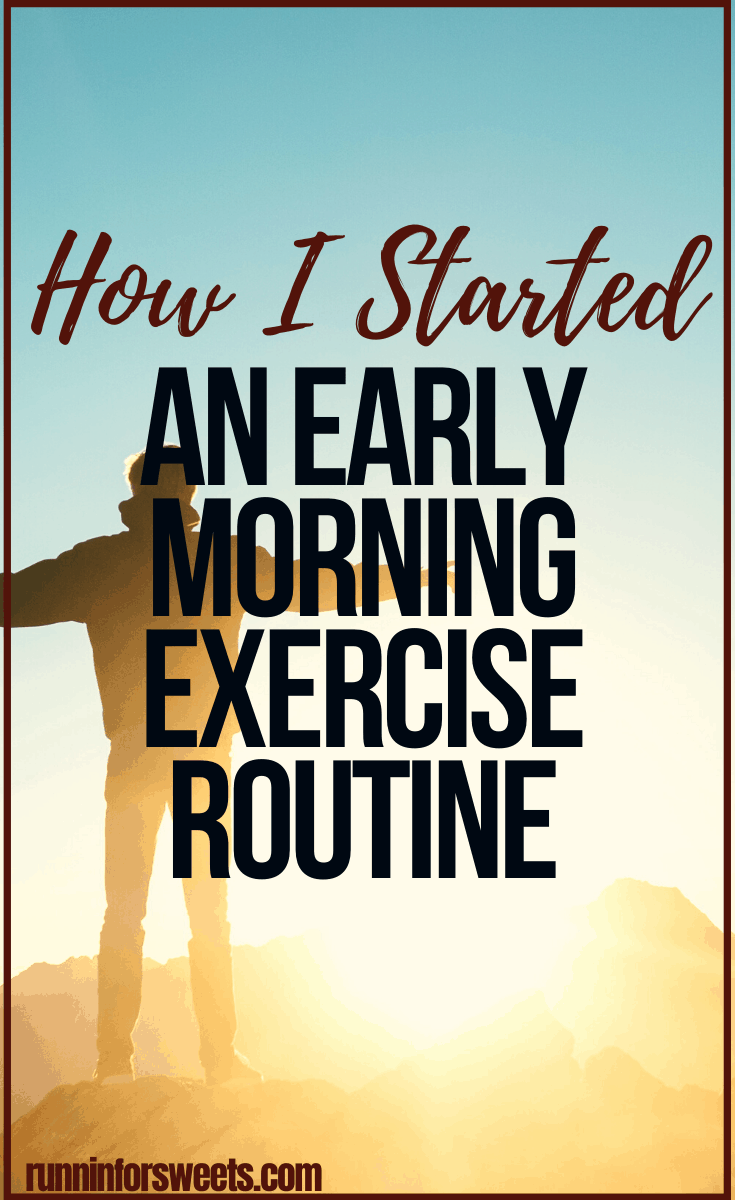 How I Started an Early Morning Exercise Routine

In April 2017, while on vacation, my husband and I decided that we were going to return from our trip to put excuses aside and finally do something we’d been telling ourselves we’d do all year: workout in the morning.

It’s really quite a simple goal, but in order to achieve it we need to first succeed at something else: waking up earlier. We had repeatedly failed at waking up earlier, leading us to believe we would never become people who workout in the morning, despite our best efforts.

We were inspired by a couple on vacation with us who casually mentioned that they wake up at 4:30 am every day.

After further discussion, we asked if it was challenging for them to wake up so early or if they had gotten used to it. They expressed that it was still very difficult but always worth it.

Maintaining a morning exercise routine is worth the effort.

Inspired by their motivation, my husband and I set a goal for ourselves to work out in the morning before our day started. We decided that once and for all, we were going to ignore our excuses and begin working out in the morning. We were motivated.

Deciding to workout in the morning was the easy part.

How do we stay motivated to exercise early in the morning?

One of my favorite professors in college would remind us daily that the hardest things you have to do in life are often the best for you.

He infused motivational tips into classes, and one has stuck with me ever since: challenging tasks get easier each time you complete them.

Creating a habit from scratch always seems like an insurmountable challenge at first, but gradually gets easier and easier the more you do it.

Starting a morning exercise routine would be the biggest hurdle.

I think about this quite often, but have never actually put it to the test. I’ve failed at so many attempts to workout in the morning that I’ve never actually gotten the chance to see whether it does in fact get easier with time.

The challenge of the first day has always stopped me in my tracks, leading me to believe that I am incapable of becoming an early morning riser.

Related: 9 Things No One Tells You About Early Morning Workouts

The Huffington Post wrote an article about creating a new habit that really resonated with me. They discuss the beginning of habit formation, and how our brain adapts.

This article mentions the “21 day” rule, and what it actually takes to make something a habit. This article motivated me to test it out myself and find out once and for all: How Long Does It Actually Take to Form a New Habit?

I told myself that no matter what I was waking up early to work out.

My goal was to wake up at 4:30 am in order to begin my early morning workout by 5 am. The plan was to complete this for an entire month to see if it ever actually got easier to workout in the morning.

As I began this process I felt excited and motivated, all of which I have experienced before. It seems that each time I decide to give early morning workouts a try, I experience the same initial excitement levels. However, this initial excitement quickly fades when my alarm sounds early in the morning.

>> Download the strategies I used to start a morning exercise routine for FREE!

This time, though, was finally different.

I was proud (and a bit surprised) to have completed a full month of morning workouts. I finally defeated that little voice in my head that kept telling me I’d feel better if I slept in longer. 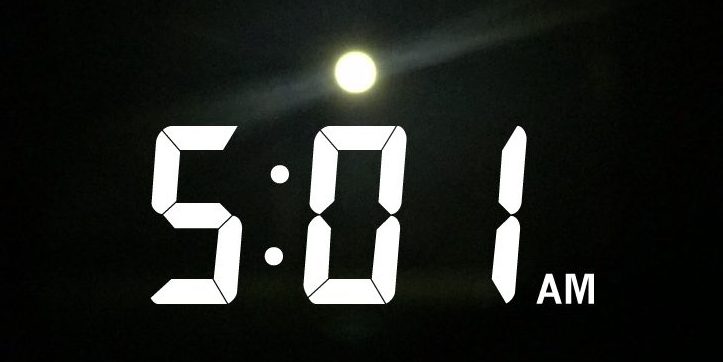 What surprised me about a 5 am morning workout routine:

Waking up early does get significantly easier.

However, you have to power through the first few days (weeks) to get to this point. The moment the alarm goes off was never easy, but each time ended up being worth it.

Each morning there is a mental battle when the alarm goes off.

However, the mental battle got easier to win as my morning workout routine became established.

You will always question my decision to wake up early if you give yourself time to think. Getting out of bed right away, without hitting snooze, was key to me avoiding the temptation to skip my morning workout.

My body adjusted to the new morning routine.

Fortunately, the time it took me to feel fully awake in the morning decreased from 30 minutes to just a few once I had fully established my morning exercise routine.

My stress level decreases when I workout in the morning.

After the first few days of completing my workout in the morning, I noticed a huge decrease in my stress level.

The early mornings were spent productively, and I felt proud of myself before even leaving my house. Evenings were exponentially more relaxing, as I was able to return from work knowing that I had time to sit down and make dinner.

My initial worry was that I would be so tired by the end of the day that I’d have no energy to workout again the next morning.

What I found was that the first few minutes of the mornings were never easy, but afterwards I actually noticed an increase in my energy during the day.

The secret to completing my workout in the morning is to literally just do it.

I’ve finally proven to myself that it is worth it. The struggle I faced when the alarm went off was a battle worth fighting, and each day the struggle decreased just a little more.

The more often I woke up early, the easier it was for me to continue my morning exercise routine.

These 20 strategies were game changing for maintaining my early morning workout routine.

Whatever it is you’ve longed to do but haven’t had the motivation to try – just start it. It is always hardest the first time, but it gets easier and easier after that.

Give it a fair shot. Don’t give up after just one try. Be realistic with yourself in the fact that it will take a while for your mind to get used to it.

For years, working out in the morning had been a dream of mine. After many, many failed attempts, I nearly gave up. Until I found that last ounce of motivation and finally just made it happen.

Check out the 20 strategies I used to create a morning exercise routine – for FREE! 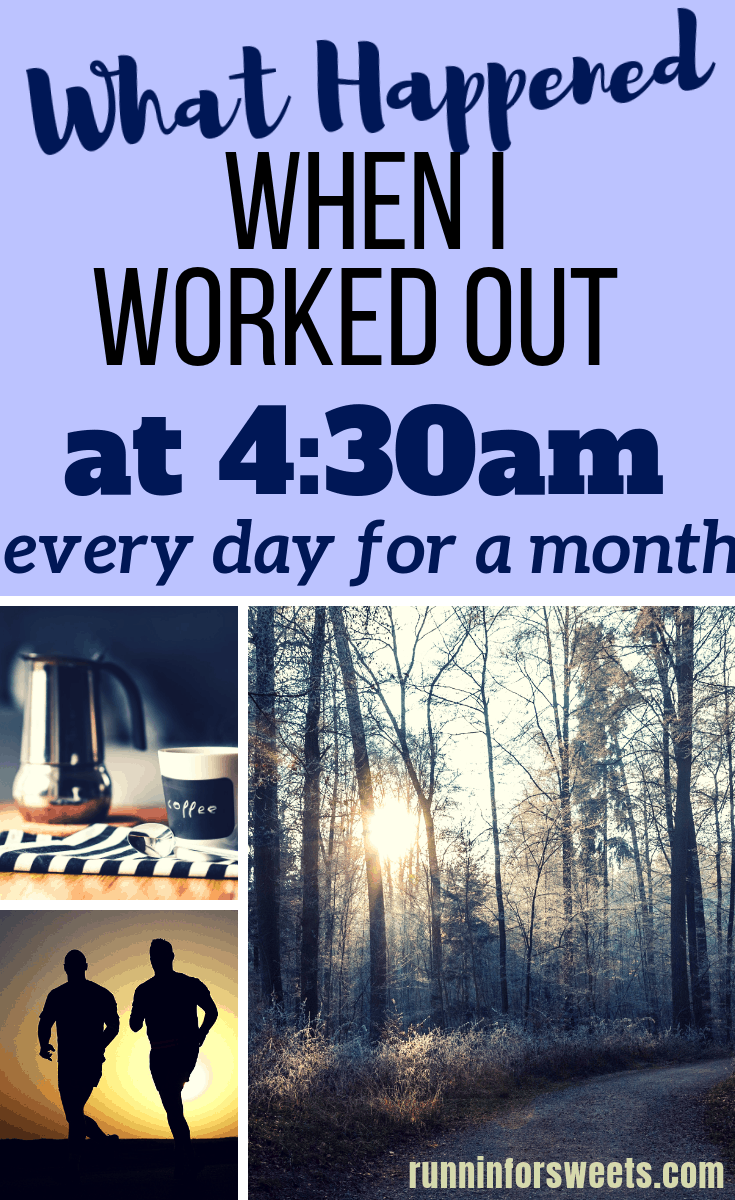 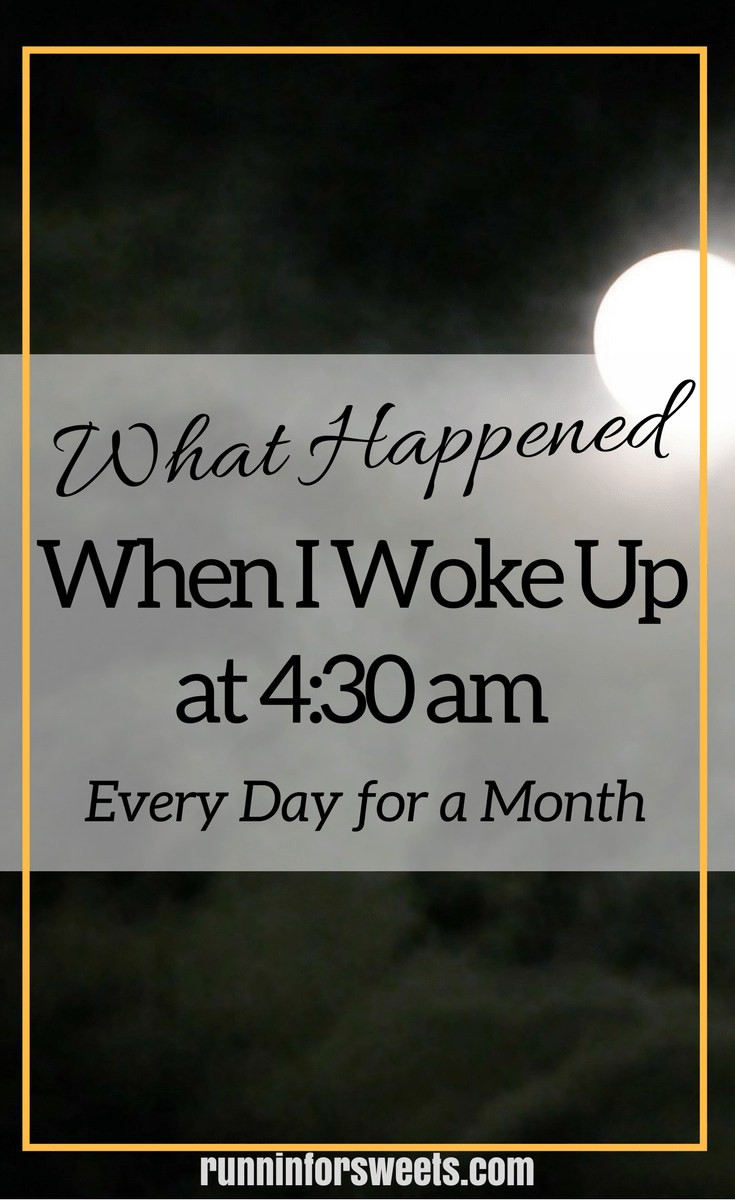 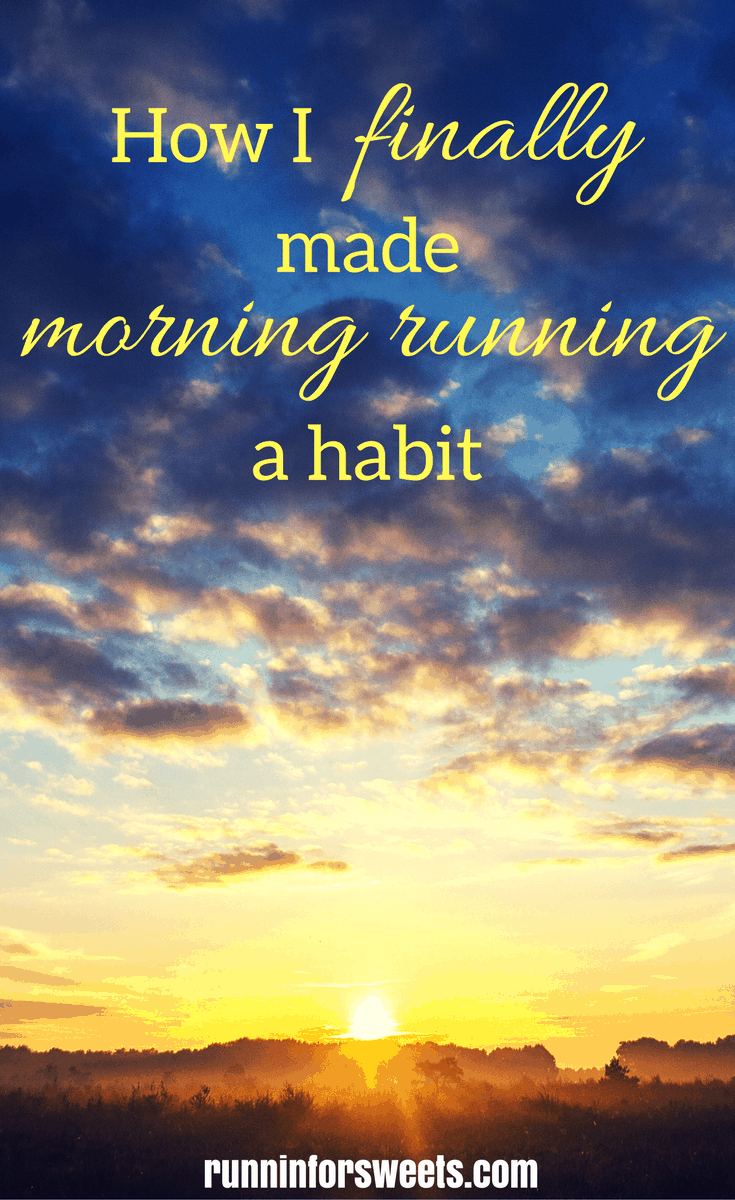 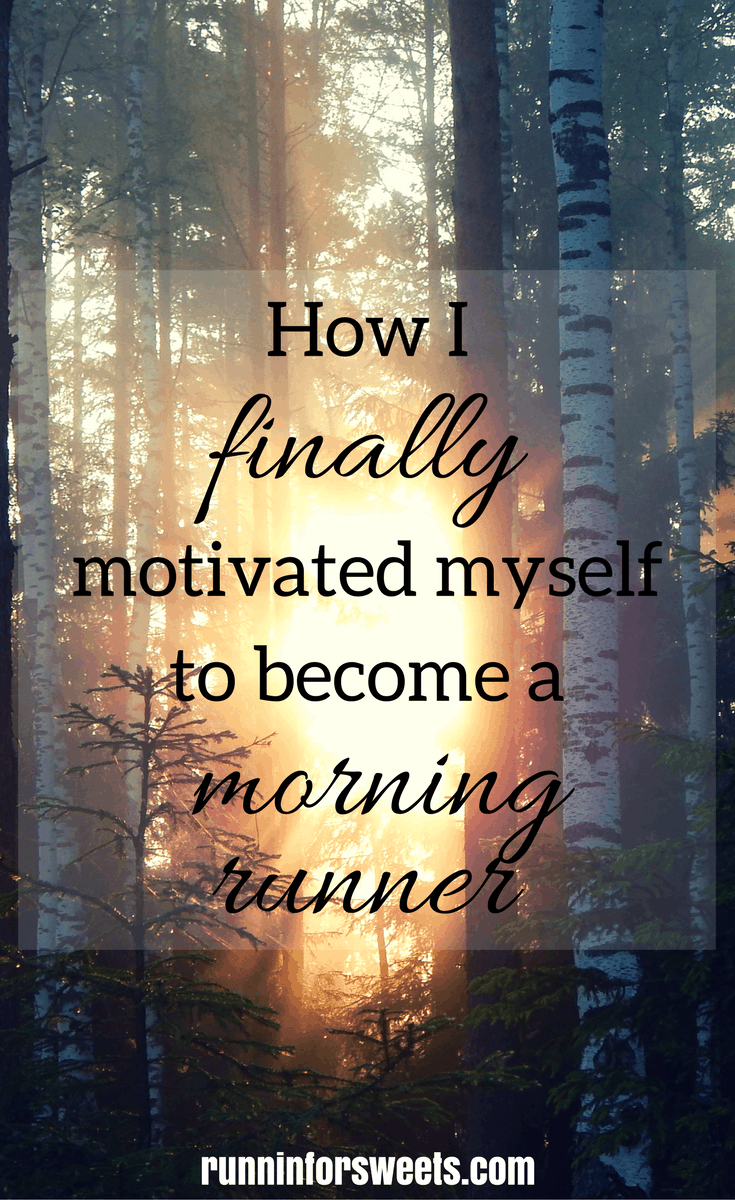 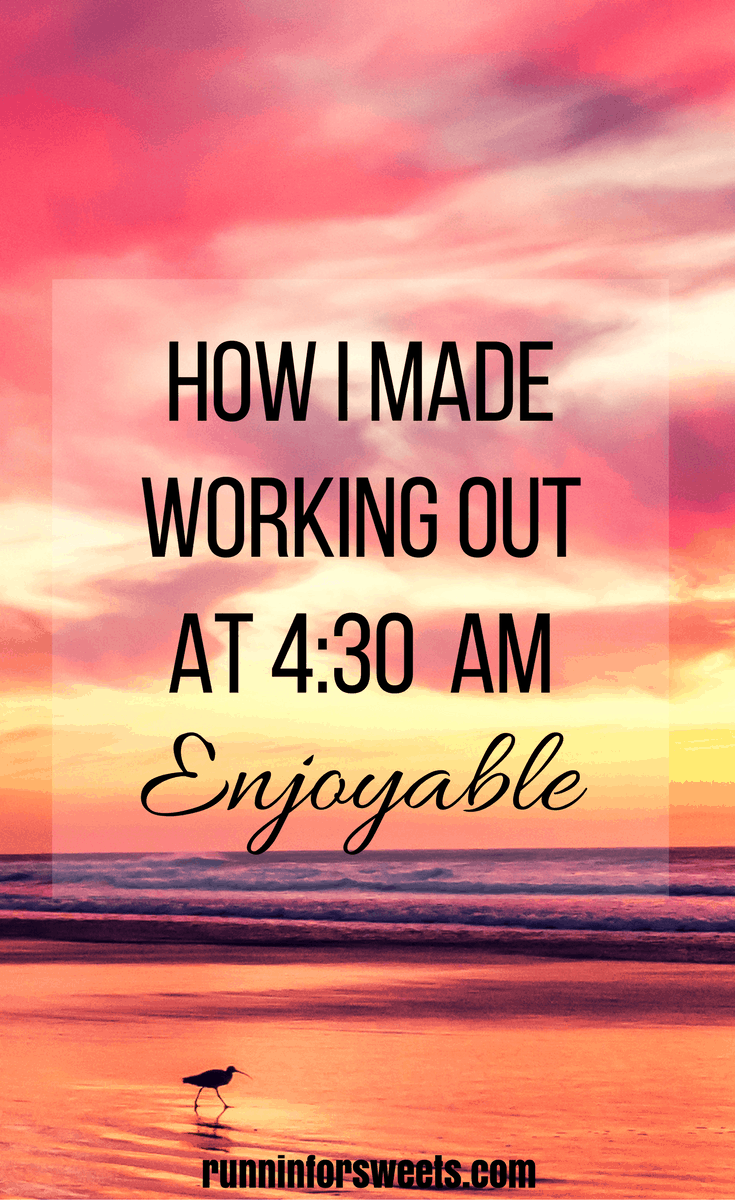 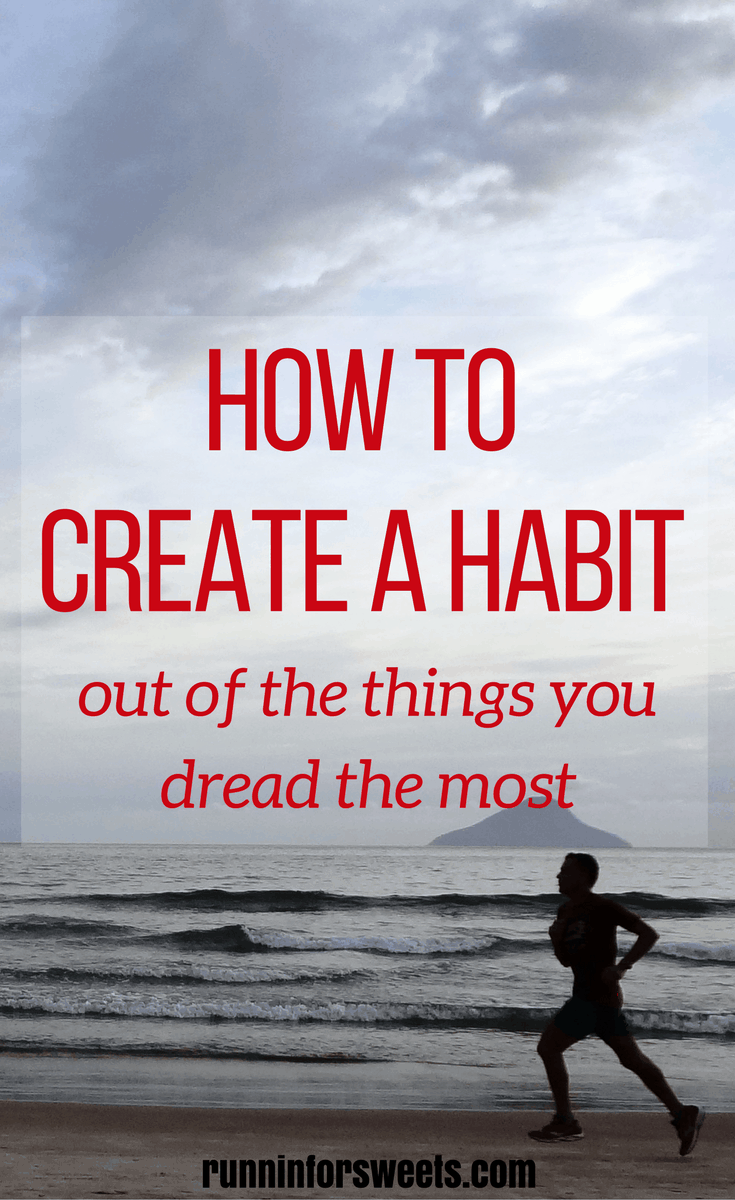 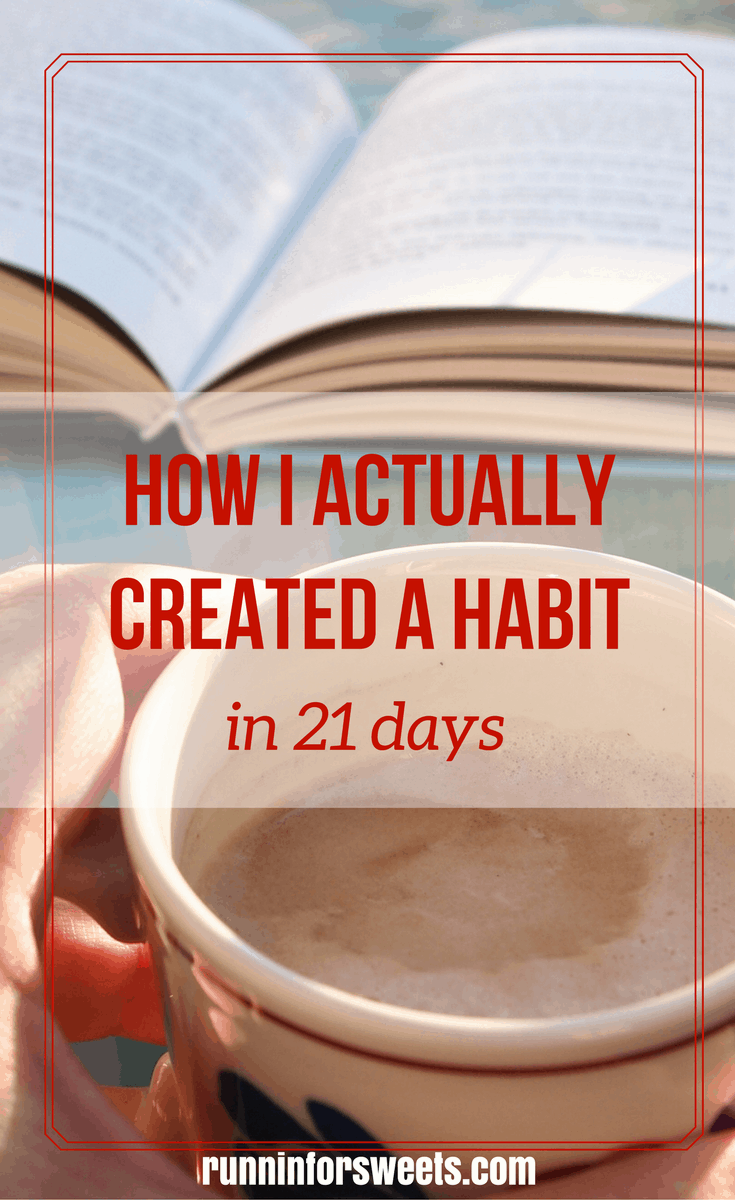 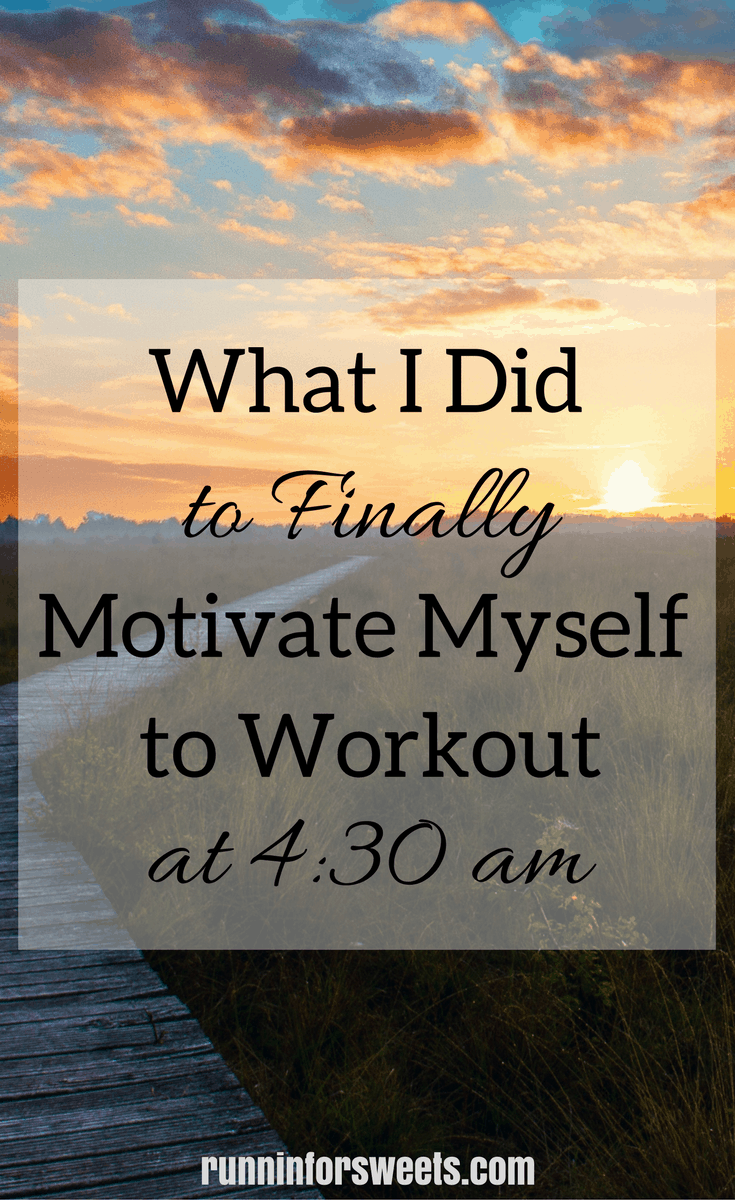 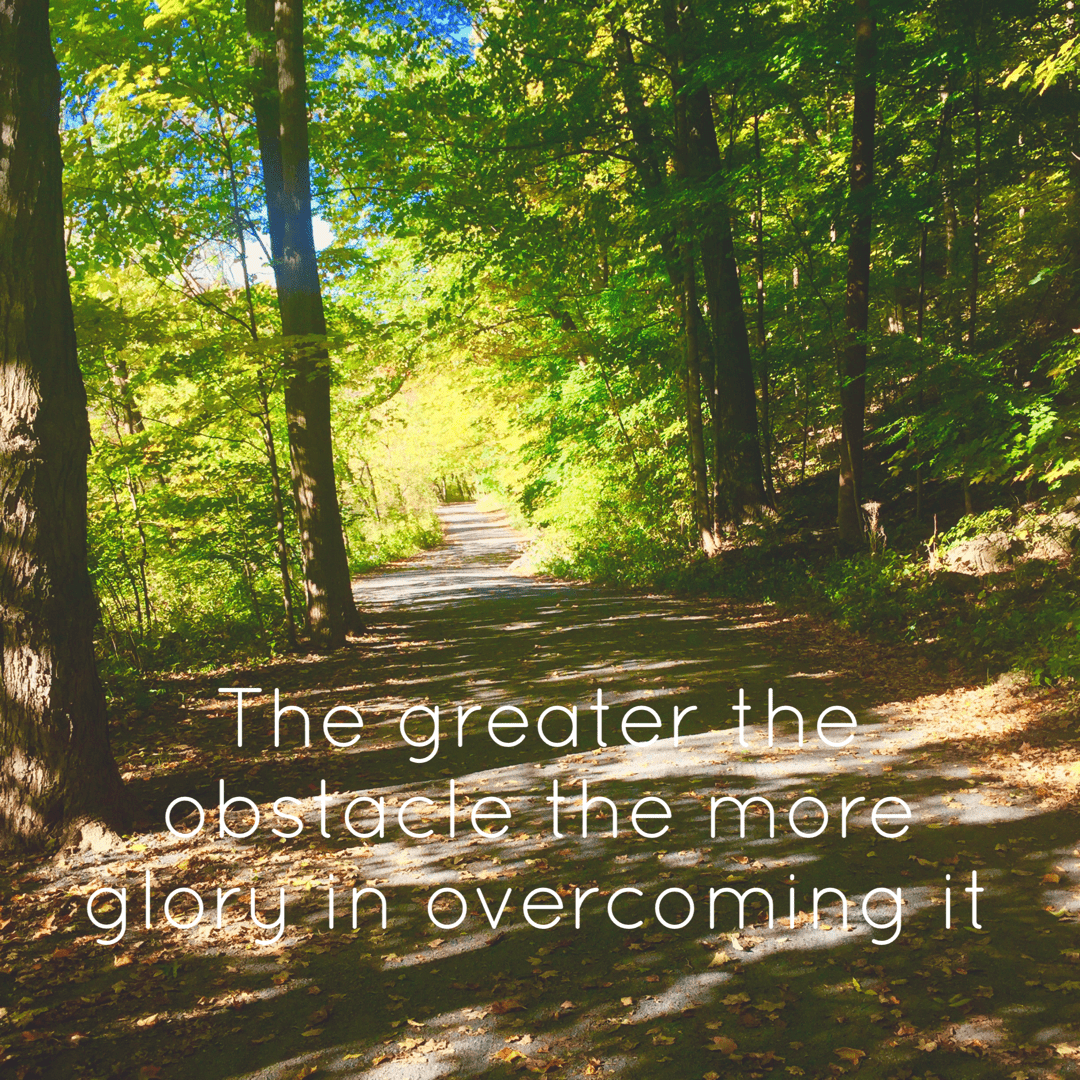 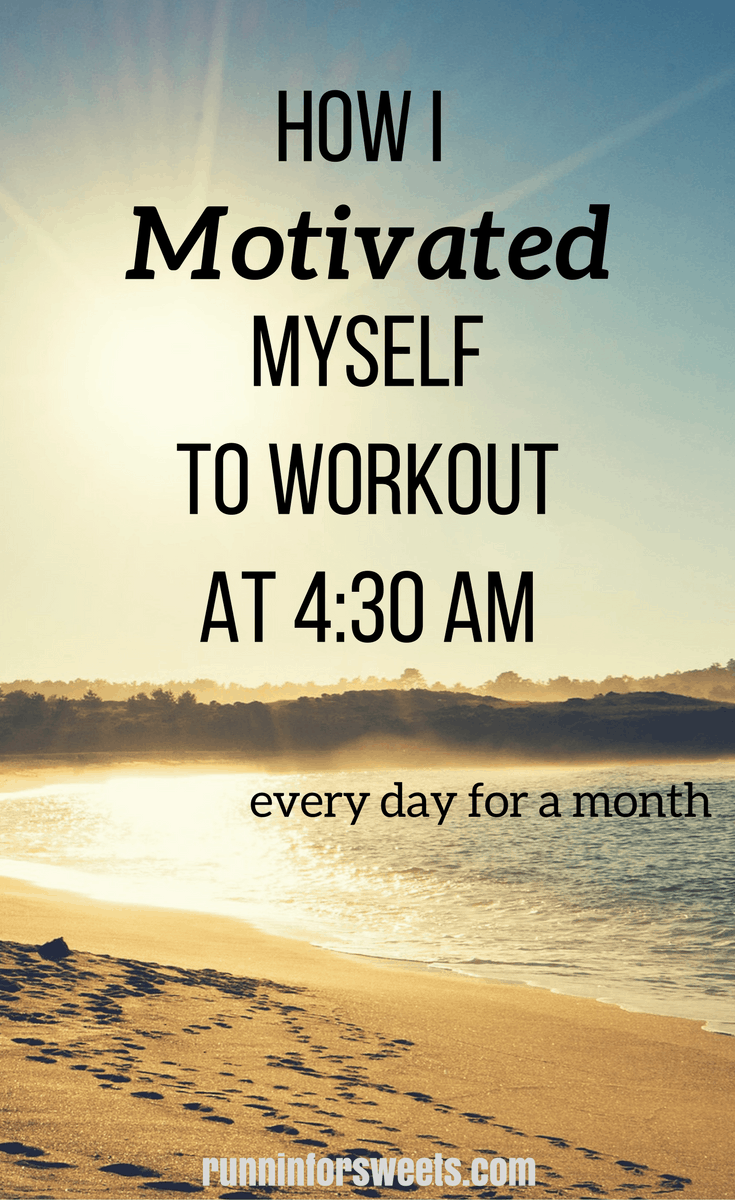 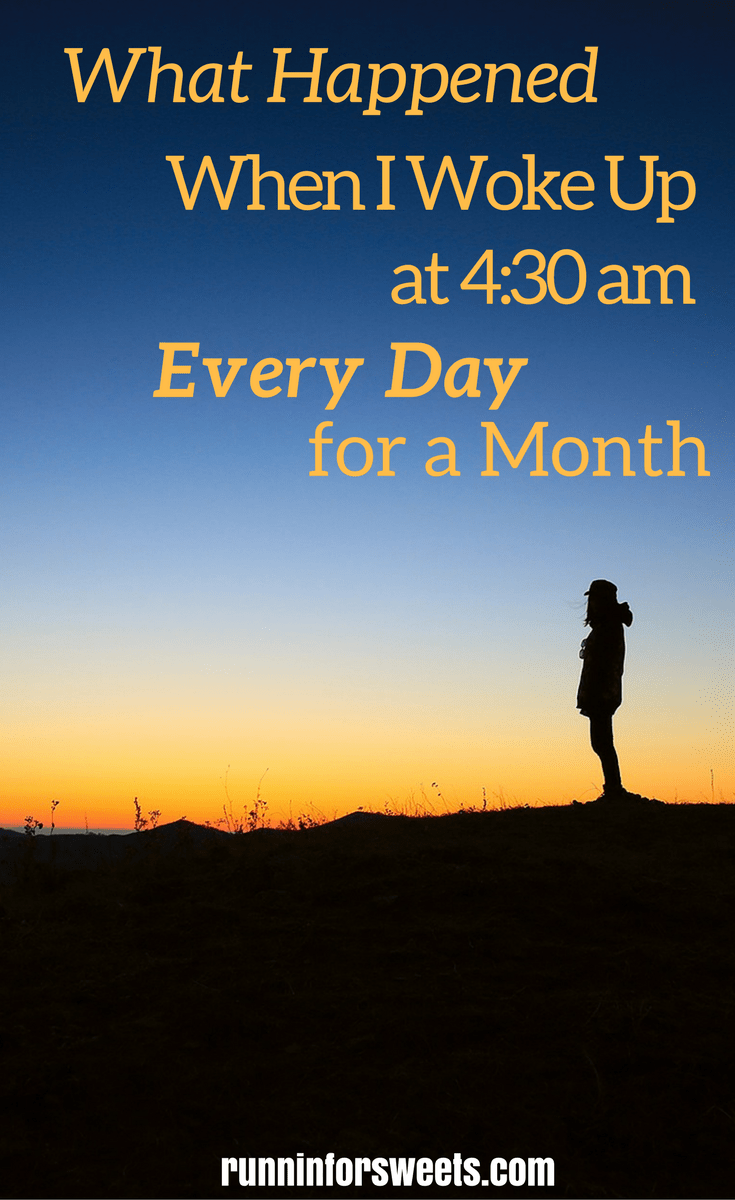 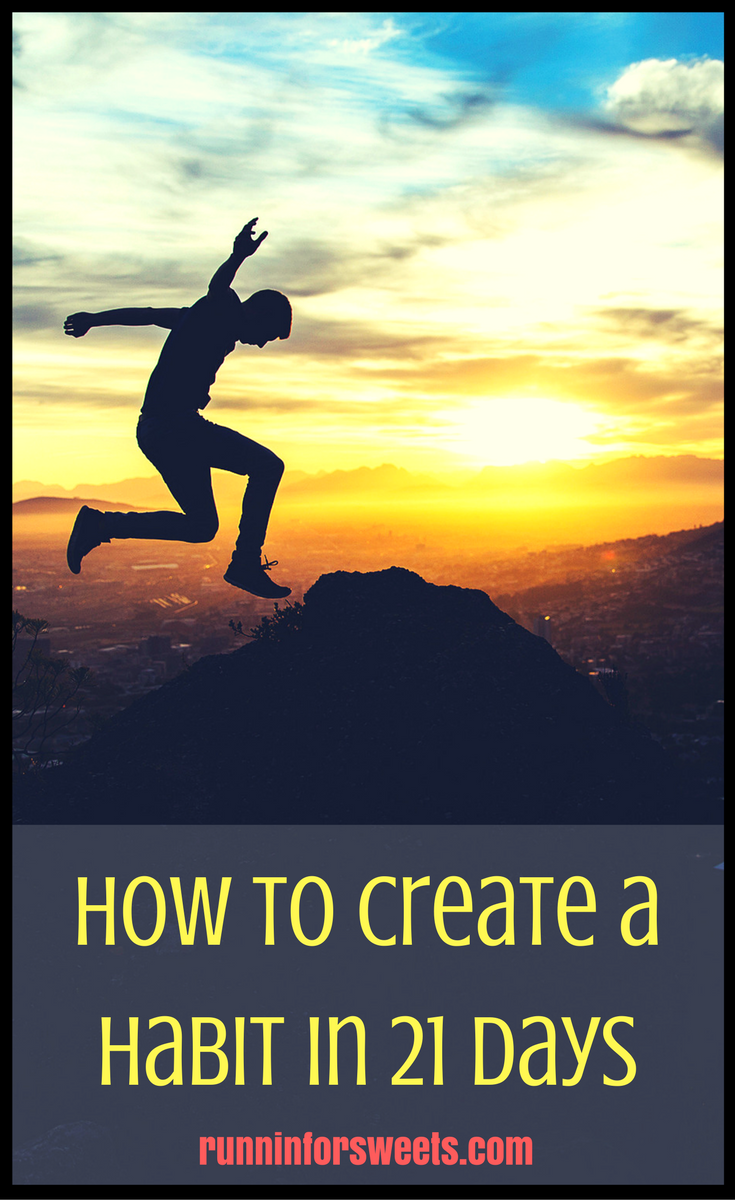 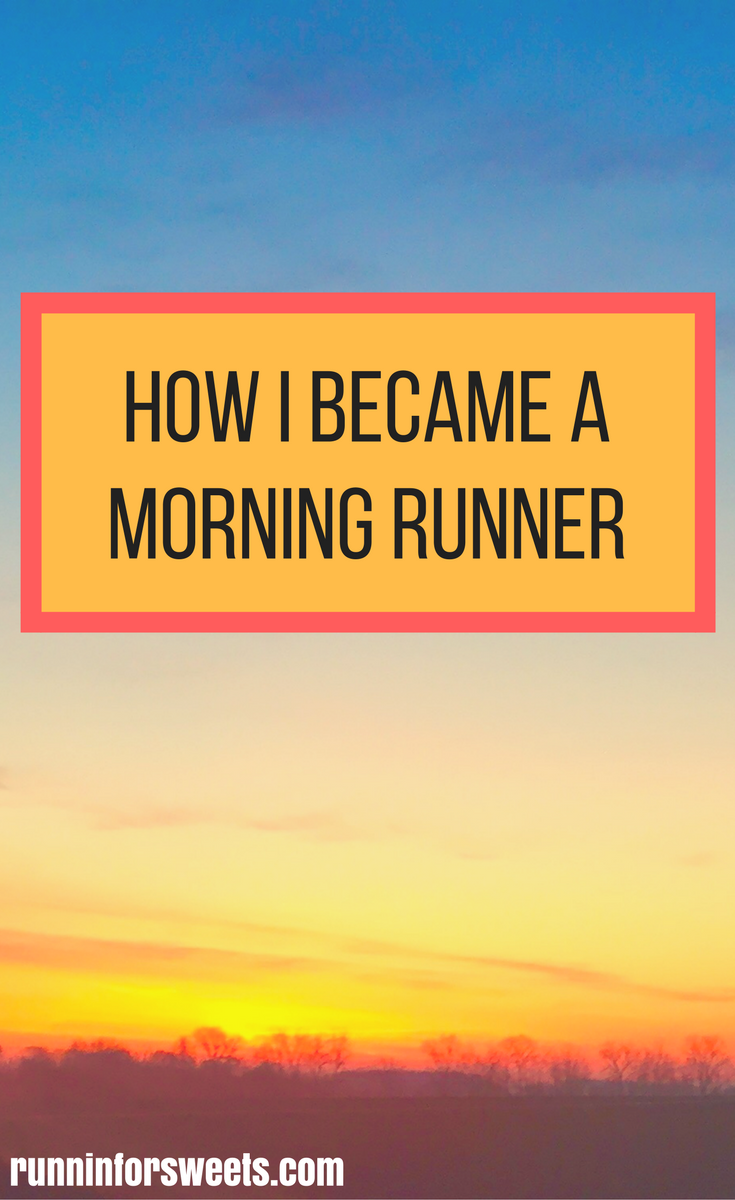 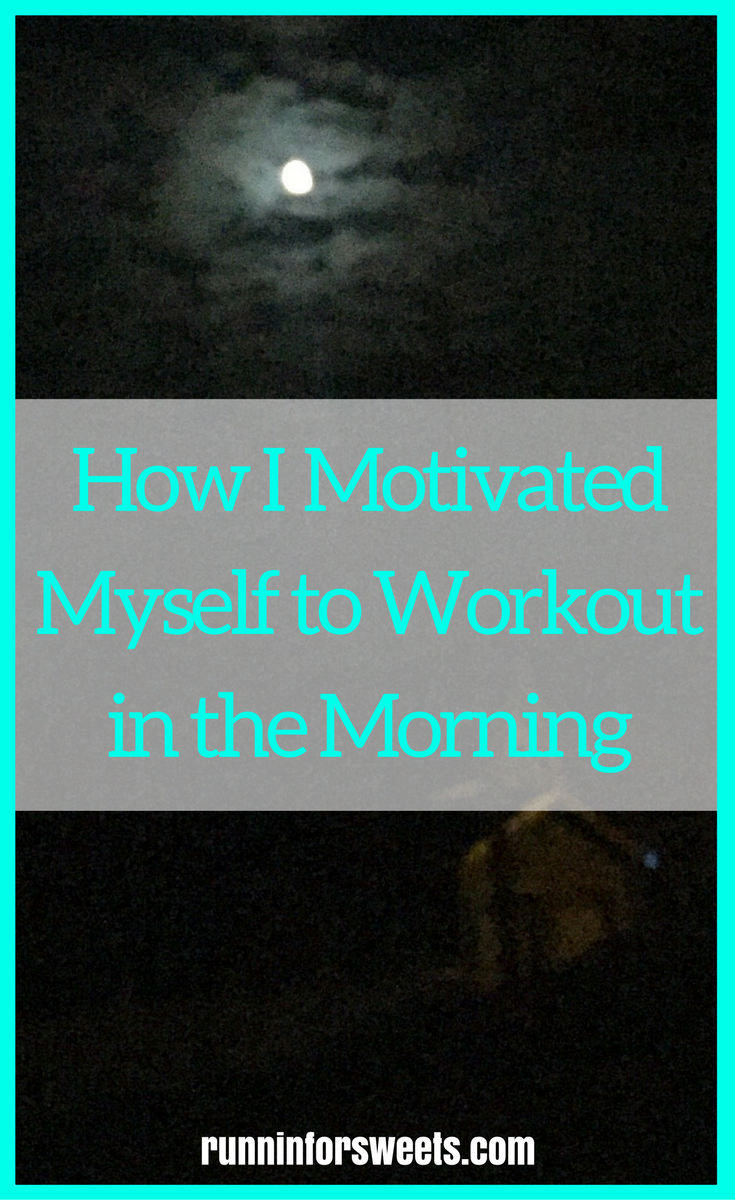 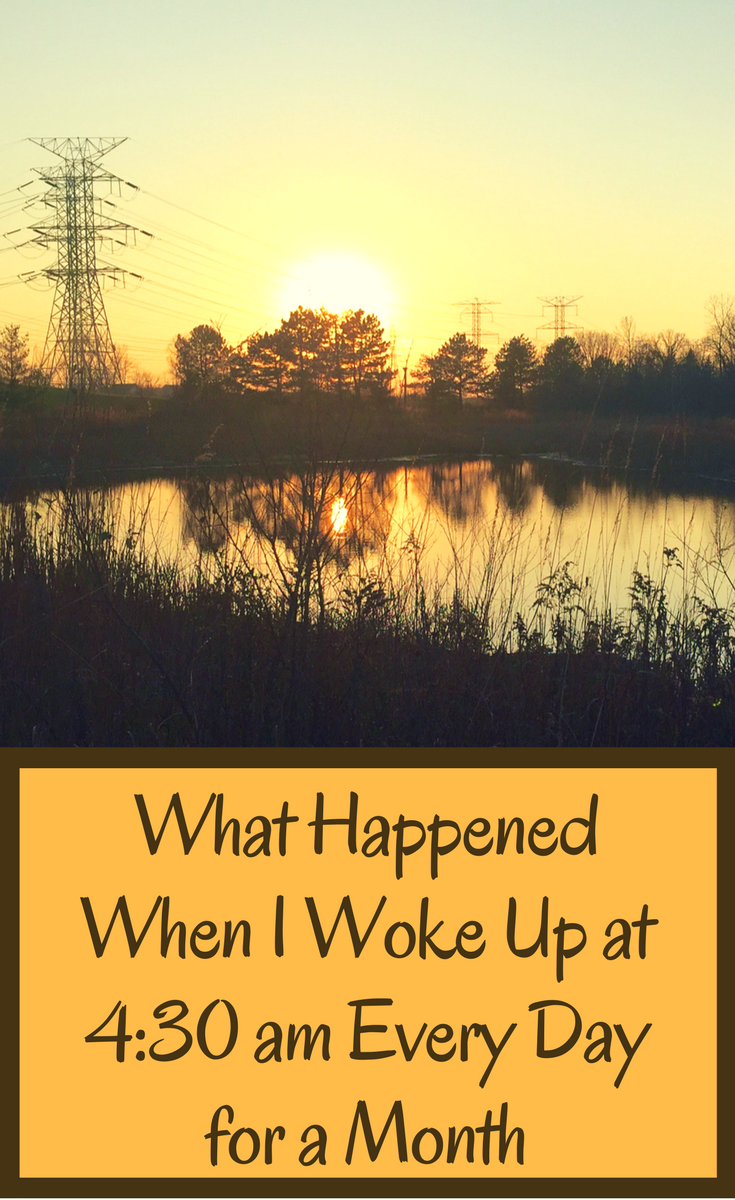 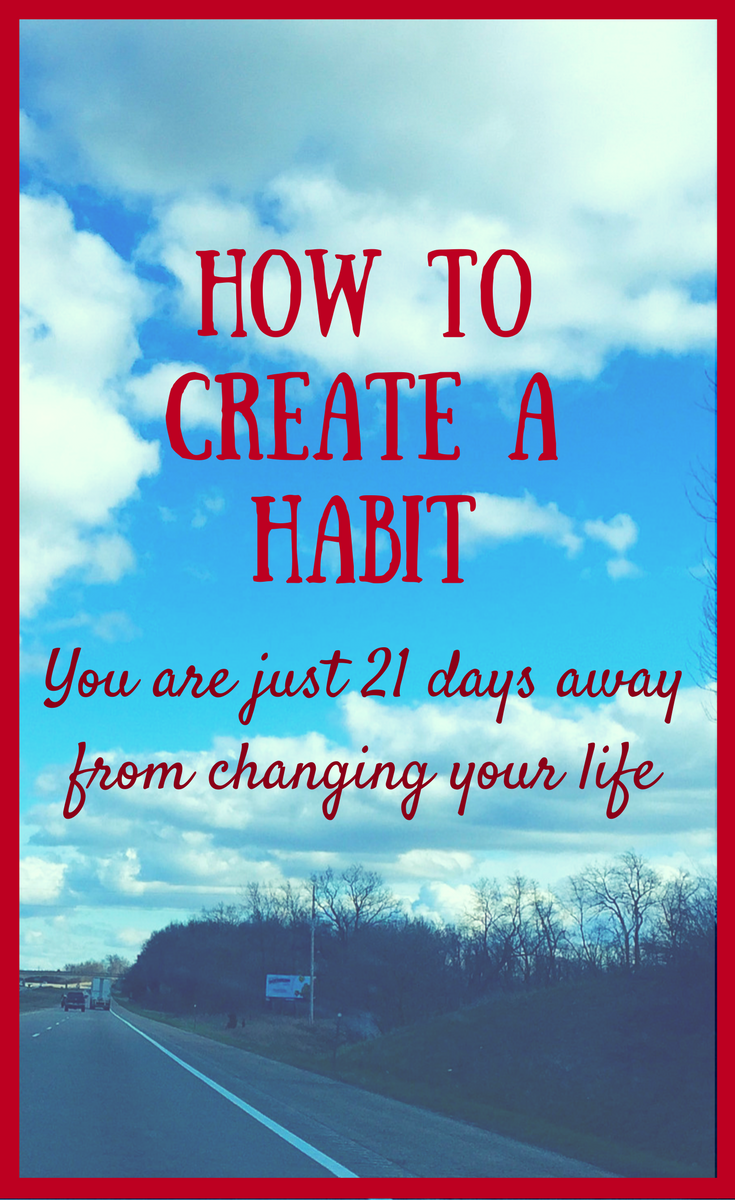 9 Things to Know About Early Morning Workouts | Runnin’ for Sweets

[…] many challenges. Some of them last for years at a time, while others only take minutes to conquer. Working out in the morning is certainly challenging, there’s hiding it. But those who stick to an early morning workout […]

I've been waking up at 4:30 am to work out for almost a year now! Definitely life changing! I have the best body I've ever had and I'm in a better mood all day! But it's always a struggle to first get out of bed!

Wow, that is awesome! And so impressive that you have kept it up for nearly a year. I can only imagine all of the positive changes that have come since you've created this new morning routine! Getting out of bed is rough no matter how used to it we may be, that's for sure haha. Thanks for the inspiration and keep up the great work!!

How to Start Running: 6 Steps for Beginner Runners | Runnin’ for Sweets

[…] give up and those who continue on to love it is ultimately consistency. Anyone who starts something for the first time usually knows that it is going to be challenging in the […]

20 Ways to Become a Morning Runner | Runnin’ for Sweets

[…] that you are squeezing in your daily miles while the rest of the world is still asleep creates a well-deserved sense of pride. Not to mention the feeling of immense peace and tranquility […]

How to Start a Successful Morning Workout Routine | Runnin’ for Sweets